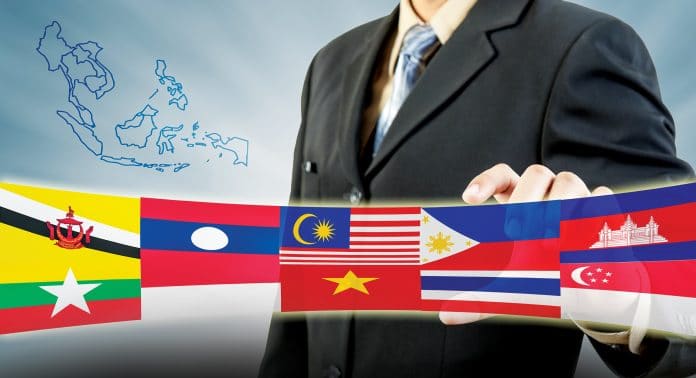 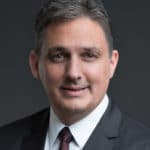 
One of the much-anticipated events in 2015 is the formation of the Association of Southeast Asian Nations (ASEAN) Economic Community, which will allow goods, services and investments to flow more freely across the borders of Southeast Asian countries.

The potential economic upside is significant. ASEAN countries have a combined per capita gross domestic product of just $3,800, only slightly more than half of China’s $6,600 and a fraction of developed East Asian countries, such as Japan ($38,000), South Korea ($23,000) and Taiwan ($20,000), according to Asia Matters for America’s 2013 figures. Among other things, the ASEAN Economic Community is expected to bring more foreign investment to member countries and help unlock this potential.

This, however, will present both opportunities and challenges for companies in those markets. One critical success factor will be ensuring they possess high standards of corporate governance in order to remain competitive and are well-positioned to attract foreign investment.

Numerous studies have shown that investors have greater confidence in companies with good corporate governance and more generally in markets that are backed by sound legal and regulatory regimes. For example, one regional study showed that both firm-level governance improvements and country-level investor protections in Asia can lead to reductions in the cost of capital (The University of Hong Kong, 2003). Yet comparisons across the six primary ASEAN markets – Indonesia, Malaysia, the Philippines, Singapore, Thailand and Vietnam – reveal a significant asymmetry of governance standards and practices. Two recent studies are instructive in this regard.

First, the Asian Corporate Governance Association produced a bi-annual corporate governance update across the top 11 markets in Asia (not just ASEAN), covering both overall country-level rankings and ratings of specific companies. The 2014 results are largely consistent with those of prior years, revealing a clear dichotomy for the five ASEAN countries included in the study. Three of them – Singapore, Thailand and Malaysia – ranked in the top half, with Singapore tying for first with Hong Kong and Thailand and Malaysia clinching the 4th and 5th spots respectively. On the other hand, Indonesia and the Philippines ranked at the bottom for the third consecutive time (Vietnam was not included in this study). Furthermore, among the top 20 companies ranked across all 11 markets, not a single one comes from either of those two countries.

The second notable study is the Asian Development Bank’s annual ASEAN corporate governance scorecard report, which examines the corporate governance practices of the largest listed companies in the six primary ASEAN markets. Once again, the results reveal a similar split between the top performers (Singapore, Thailand and Malaysia) and the bottom ones (Indonesia, the Philippines and Vietnam).

What does all of this tell us? It clearly shows that as the ASEAN countries prepare for the integration, three of the key countries involved – Indonesia, the Philippines and Vietnam – need to continue pushing for corporate governance reforms. Common themes emerge both at the company level and the market level in these three countries, which together represent around 70 per cent of ASEAN’s total population. For individual companies, some of the common challenges include:

At the market level, there is still much work to be done by regulators and governments in these three countries. For example, regulators should continue to strengthen and harmonise corporate governance codes and regulations to ensure international standards are incorporated, as appropriate, and to help create a level-playing field with the other ASEAN countries. State ownership remains high, particularly in Vietnam and Indonesia, which can hinder overall market competitiveness. In Vietnam, more than a third of the country’s GDP stems from state-owned enterprises and more than 350 of around 600 listed companies have some state ownership, according to the World Bank in 2012.

Indonesia’s capital market, likewise, has a significant level of state ownership. Lastly, more should be done to raise awareness and advocate for good governance across markets by regulators and through local partners, such as institutes of directors. Indonesia and the Philippines already have established institutes, while Vietnam is in the process of creating one.

It is crucial that the governance improvements not only focus on large companies and banks but also consider the needs of small and medium enterprises. SMEs are the backbone of the ASEAN economies, accounting for roughly 96 per cent of companies and between 50 and 85 per cent of domestic employment. The ASEAN integration will bring opportunities to many SMEs in the region, including possibilities to expand into new markets, and they will be seeking more capital to fuel their growth. Yet, enterprise surveys conducted by the World Bank confirm quite clearly that SMEs in emerging markets face more severe financing constraints than do large firms.

For example, about 77 per cent of Vietnamese SMEs are reportedly undercapitalised, according to the Economic Research Institute for ASEAN and East Asia, 2009. Thus, future governance improvements should include efforts to help SMEs adopt proper standards of governance, which will give banks and investors, not to mention potential customers and business partners, higher levels of confidence.

It is clear that all three countries have made substantial progress in recent years. There have been various changes in laws and regulations to promote good governance and strengthen investor protection. For example, Indonesia’s financial services authority OJK developed its ambitious corporate governance roadmap in January 2014, which will lead to important governance improvements in the coming years.

Likewise, Vietnam just revised its company law, the Law of Enterprises, which incorporates key changes and is planning other initiatives aimed at improving practices for listed companies, state-owned enterprises and banks in the near future. In the Philippines, a number of governance improvements have been made in recent years, particularly for listed companies and banks. The Philippine government is revising its Company Law and the Philippine Securities Exchange Commission plans to strengthen its code for listed companies this year. With big changes ahead for the ASEAN community this year, it is crucial that Indonesia, the Philippines and Vietnam resolve to continue such reforms. IFC and the World Bank Group, with support from the Swiss government, are committed to helping these countries meet their new year’s resolutions.

Chris Razook is the IFC Corporate Governance Lead for the East Asia Pacific region. He has more than 15 years of experience in the area of corporate governance and supports IFC’s investments by working with companies to strengthen their governance frameworks. He has also supported central banks, capital market authorities, and other regulatory bodies in drafting corporate governance laws, codes, and listing rules to help develop stronger investment climates. He has an undergraduate degree in Engineering, an MBA in International Finance, and an LLM in Corporate Law.