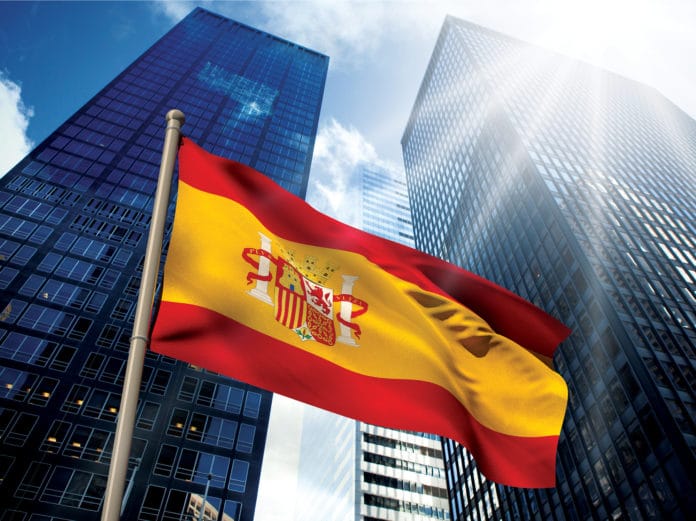 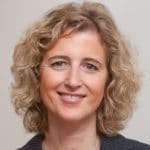 Ensuring corporate transparency and the smooth running of corporate boards, as well as fostering competitiveness, has been one of Spain’s key targets during the past few years. To that effect, in-depth reforms have been implemented to strengthen the corporate governance framework of listed companies.

These changes, which have seen Spain at the forefront of such matters internationally, have had an impact both at a regulatory level and on good governance recommendations.

It is obvious, and indeed has been proved by recent events in the business world, that good governance goes beyond the specific interests of a company and its investors, since it also promotes market stability and enhances third parties’ confidence. An appropriate governance framework prevents short-term management, limits taking on excessive risk and contributes to the sustainability of every company – in particular of economic growth overall.

In 2014, a major reform of the Corporate Enterprises Act (Ley de Sociedades de Capital) Act 31/2014 was implemented and, in February 2015, a new Good Governance Code of Listed Companies was approved, updated and adapted to the new regulations and recommendations.

Now, after years of intense legislative modifications and of good practices, we believe that companies will benefit from a period of stability, so that they may adapt their practices to the new legal framework as well as to the recommendations under the new Code.

The data disclosed last year by companies in their corporate governance statements are encouraging. They revealed a high degree of compliance with the new Code, considering it was the first year of its enforcement. Indeed, listed companies fully complied with 81.8 per cent of the Code’s recommendations and, in addition, they partially complied with another 8.8 per cent. The timeliness of the changes and their favourable reception by companies are confirmed by these results.

The reform, in regard to corporate governance, has mainly focussed on achieving a greater degree of involvement in corporate management, both on the part of companies’ partners through shareholders’ general meetings and on the part of directors through administrative bodies. Shareholders’ greater involvement in corporate governance – by exercising voting rights, taking part in general meetings and maintaining an active dialogue within the company’s governance bodies – is key to improving companies’ financial and non-financial performance.

Three aspects that have been subject to reform are worth highlighting. Firstly, the competencies of the annual general meetings have increased. Certain transactions, such as the acquisition or disposal of core operating assets or the transfer of core activities to subsidiaries, which were subject to board approval until 2014, must now be approved at the AGM.

It is also worth noting the reduction to three per cent of the share capital (formerly five per cent) as the threshold for the exercise of a minority right – for example, to request calling a shareholders’ general meeting or to include proposals in the agenda.

Secondly, measures have been adopted in order to revive the functioning of shareholders’ meetings by opening new channels for shareholders’ active participation. Listed companies must make available on their website an electronic forum that enables shareholders to communicate ahead of general meetings. Through this forum, shareholders may post proposals, adhere to them or carry out initiatives to reach the required percentage to exercise a minority right, as well as post offers or requests for voluntary representation. Likewise, each listed company’s shareholders may create specific and voluntary associations to exercise their representation at general meetings.

In Spain, issuers of securities admitted to trading must publish, on an annual basis, a corporate governance report (IAGC) and, in the case of issuers whose shares are listed, also a directors remuneration report (IARC). Both reports are intended to offer investors a clear and comprehensive overview of the corporate governance practices of listed companies so that they may have an informed opinion.

The responsibility for drafting and publishing these reports lies with the board of directors, which, in turn, holds the non-delegable power of setting out the corporate governance policy.

The CNMV is responsible for monitoring compliance with corporate governance rules and, to that effect, it may seek such information as it may require about it, as well as disclose any information it considers relevant on the effective degree of compliance.

Based on the information gathered, the CNMV annually publishes two reports in which it provides an account of the main characteristics of corporate governance structures in Spain, as well as the details of remuneration policies and practices that listed companies have in place for their directors. Likewise, directors’ remuneration figures are analysed.

One of the areas that has been of particular concern for us in the past few months, since it is where greater margin for improvement exists both in Spain and in our neighbouring countries, is the way in which companies apply the comply or explain principle, in particular with regards to the quality of explanations when good governance code recommendations are only partly complied with.

When reviewing corporate governance reports we have found that, in certain cases, the information provided by companies to explain their non-compliance of the recommendations is not sufficiently clear or specific for its appropriate assessment by the market.

With a view to improve the quality of these explanations, the CNMV published, in the summer of 2016, a technical guide to provide companies with a clear guidance when the recommendations of the Code are not fully complied with. This guide also incorporates the commission recommendation of 9 April 2014 on the quality of corporate governance reporting (comply or explain).

“Since 2014, numerous reforms have been implemented in Spain in order to improve the corporate governance of listed companies and to enhance CSR awareness”

The guide aims to promote a change on how listed companies and their boards of directors address their actions in the field of corporate governance. The intention is that the explanations on compliance with the recommendations of the Code do not consist of a mere exercise that is carried out at the time of completing corporate governance reports, but that a previous and reasoned assessment is made of the reasons why a company decides to depart from one or more recommendations.

It is true that, in certain cases, total or partial non-compliance of a recommendation of the Code may allow more efficient governance. In those cases, a clear and comprehensive explanation must be provided and this is only possible following the spirit of the European Commission recommendations and providing the details recommended by our technical guide.

At present, there is no doubt that corporate social responsibility (CSR) is a basic tool to guarantee corporate sustainability in the long term and to evidence the commitment towards the environment in which companies operate. Along this line, one of the main novelties in the reform of the Corporate Enterprises Act was to highlight its importance when including, within the board’s non-delegable powers, the approval of the CSR policy.

Furthermore, with the next implementation in our national legal system of the 2014 non-financial reporting directive, large public-interest entities with more than 500 employees should publish information on social, labour and environmental matters. The should also publish information in respect of the protection of human rights or the fight against corruption and bribery, either as part of their management report or in a separate report that shall be incorporated to the management report by reference.

In the same sense, the Code of Good Governance of Listed Companies has considered it appropriate to develop the recommended minimum contents of the CSR policy and to express the principle of transparent reporting, based on the need of informing on both financial and non-financial business aspects.

To that effect, the Code includes one principle and three recommendations. Recommendation 54 advises that the CSR policy should state the principles or commitments the company will voluntarily adhere to in its dealings with stakeholder groups, specifying at least:

In addition to having a CSR policy with this minimum content, the Code also considers it is important to give publicity to these issues, to which end it recommends that information on them is provided in a separate document or in the management report, using any of the internationally accepted methodologies.

Since 2014, numerous reforms have been implemented in Spain in order to improve the corporate governance of listed companies and to enhance CSR awareness. The effort made in our country in the past few years by regulators and supervisors, as well as by businesses, is beginning to bear fruit. We have started to analyse if the implementation of these reforms in pursuit of transparency, participation and accountability contribute to the development of a culture of professional and ethical values and to promote sustainability and investors’ confidence in our companies. The analysis carried out so far shows positive results, which can only improve by introducing points of clarification and simplification to ensure a period of regulatory stability.

Born in 1971 in Barcelona, Ana Ma Martínez-Pina has a Degree in Law from the Central University of Barcelona and belongs to the Spanish Government Insurance Inspectorate. She served at the Directorate General of Insurance and Pension Funds and, from 2003, at the Institute of Accounting and Accounts Auditing (ICAC), where she has been Assistant Deputy Director General for Standardization and Technical Accounting, and Secretary of the Advisory Committee of Accounting. She has been a member of the working groups in charge of elaborating the Spanish General Accounting Plan and all its implementing rules. She is a member of the Governing Committee of the Fund for Orderly Bank Restructuring (FROB) since June 2015. Prior to her appointment as Vice-Chairman of the CNMV, she was Chairman of the ICAC.