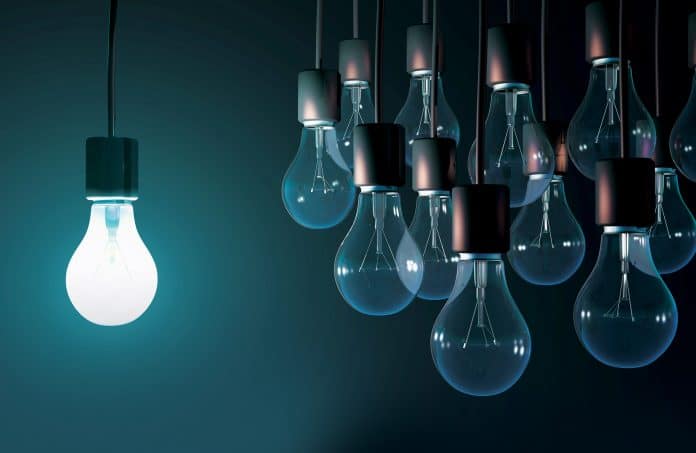 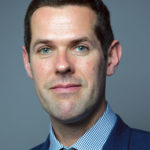 Almost every day we seem to wake up to a new crisis with news of an embattled board working around the clock to save a firm’s reputation. And in this era of digital communications, it goes without saying that a crisis can gain momentum more quickly and reach further than ever.

How management responds to a crisis says a lot about the way they do business, especially now that public criticism extends beyond the comparatively well-behaved world of traditional media to anyone with a Twitter account and an opinion. This can be hard for a CEO to take, but now, more than ever, a measured but timely response is critical. Like many things, preparation is key and as part of this exercise we would suggest boards consider five ‘big questions’ when creating their response strategy: scale, advice, sacrifice, stakeholders and perspective.

Scale: Just how important is this? The first few hours of a crisis can make all the difference between a company being seen as acting in a credible and responsible way and, therefore, hopefully making a speedy recovery, or not. A proportionate response is what matters; too little and a company can look as if it is not taking the crisis seriously, too much and it can turn something serious into a full-blown disaster that throws the future of the business in doubt.

The best thing a CEO can do when a crisis first arrives is to call the executive committee together as quickly as possible in order to understand what has gone on and, importantly, where the unfolding issue may yet go. In situations like this, the media will demand immediate information that a company may simply not have.

For example, exactly how many people have been affected? How did things go wrong? How is the company going to put it right? And very often last but not least, how will the company ensure this never happens again? The point to remember here is that one does not have to agree to do interviews if there is nothing to say and a statement of intent – for example, offering an ‘immediate and urgent review’ may be sufficient as a temporary stopgap while facts are being collated.

But the byword here is ‘temporary’. The flipside to a lack of information is that, within a few hours, inaccuracies can be traded as fact online and reacted upon by angry individuals giving a knee-jerk response – particularly if the company has decided to keep its head down.

There are many examples of companies that have clearly preferred to get all the facts together before offering a thoughtful and considered reply, but by the time it had all of the answers, the crisis has threatened to engulf the business. This offers a clear insight that there is an optimal time frame whereby companies should engage with the outside world and waiting months is simply too long.

A lengthy information vacuum left by the business leaves others, particularly competitors, to chip away at a company’s reputation by making ill-informed ‘background’ comments. The ideal, therefore, has to be something in between offering an immediate interview where the facts are still unknown and therefore misstatements could be made, and spending months carrying out a forensic review by which time the original problem could have escalated into a catastrophe.

Advice: The lawyers are telling me one thing; the PR people are telling me another A lawyer’s job is to avoid liabilities and therefore unsurprisingly they can be keen to try and distance a company from any suggestion of wrongdoing. A public relations specialist, on the other hand, is motivated by protecting the reputation of a business and therefore will push for a more full and frank response – sometimes, but not always, to the point of making a full apology.

Unsurprisingly, these two viewpoints can be at polar opposites at exactly the time when a CEO is looking for consistent advice from his or her advisers. Both views have merit. Claiming too much responsibility can open the door to litigation and huge settlements. Yet hiding behind legal statements when a company has clearly breached the contract of trust they have with a customer could have far wider repercussions at the end of the day than pounds and pence alone. Increasingly, lawyers acknowledge this point of view.

Ideally, the two sides should come to a compromise that is workable from all perspectives. We all know of situations where the legal argument has clearly won out and a company has steadfastly refused to accept any responsibility even when the ethical and moral ground screams otherwise (see the Thomas Cook case study, below).

Sometimes in these situations it really is for the CEO and board to take a step back and put themselves in the shoes of a customer or other stakeholder group. Legalities are all very well but a pragmatic approach could well turn the situation around and restore that vital trust before it is too late.

Sacrifice: are we going to need a sacrificial lamb? Should the scale of the crisis demand it, there may be a clear need for a large gesture in order to recover trust. This could take the form of a member of the senior management team falling on their sword, a major product recall or potentially even exiting from a part of the business altogether. Again, as above, though, the key is to move with caution.

When a crisis hits it is all too easy to ‘sack the manager’ when he or she may actually have a great deal of useful knowledge in order to help the business to move past the immediate problem. A crisis is often a marathon rather than a sprint and companies should keep the long game in mind.

Stakeholders: who really matters? When a storm hits it can be all too easy to lose sight of what really matters, particularly when one has the mighty Fourth Estate to contend with. Communication is not a science and there are no rights and wrongs but again, pragmatism plays an important part.

Crises are, by their nature, leftfield events that can throw a business off course, so if the crisis is customer-related such as the result of litigation or negligence, what plans have been put in place for customer communication to be sent out quickly and efficiently? What about suppliers? A crisis can often spell uncertainty and worry on the part of suppliers concerned they will not be paid for their goods. This can affect trade credit rapidly and therefore quickly turn a smaller incident into a major issue for a business. And what communications channels are available to the business? Is there a reliable list of channels with corresponding individuals who will manage each one alongside communication templates to be used?

It is all too easy for companies to become distracted by the everyday and lose sight of managing these key relationships that keep the whole show on the road. From a PR perspective, it is imperative that companies create proper channels through which issues can be dealt with in a timely and responsible way.

There are always things that can go wrong. But handling these things with sensitivity can make all the difference. Then, if and when issues do arise, having a proper crisis manual in place could at least help to alleviate some of the stress that can be caused by people not having thought it through beforehand.

For example, having names and contact details of key individuals, draft letters, press releases, Q&As and other key documentation in one place can make a huge difference in a fast-moving situation where time is of the essence.

Perspective: How can we make the best out of a bad situation? The temptation in a crisis is to feel unreasonably targeted. It can be a lonely place to be, particularly for a CEO, and there are plenty of examples of people who have not fared well when put in the eye of the storm. However, with a little humility – recognising the issue and being brave enough to apologise where necessary, a CEO can recover and indeed enhance their profile in the eyes of stakeholders as someone who has learned from past mistakes.

The public, customers, markets and the media are warm to the concept of a phoenix rising from the flames and if one can show a rapid, appropriate and transparent response to a crisis then it is possible to emerge with more credibility than less.

The single biggest thread that brings all of the above together is planning. A crisis manual that is a living, breathing document that is kept up to date, clearly owned by the executive committee and is within easy reach of the key business decision makers is absolutely critical to making any of the above work efficiently. Too often companies leave these things to gather dust on a shelf while technology’s rapid advance can create new ways for crises to emerge.

Scenario planning is also another useful tool to practise and refine how a company would respond should the worst happen. For example, what impact could a particular crisis have on a given stakeholder group and how the business would respond to that? Also, which third parties would come out for or against a business in any given situation and how could the company deal with that? Has the business considered the impact of a social media campaign following a crisis and how would it run and maintain rapid response should that happen? 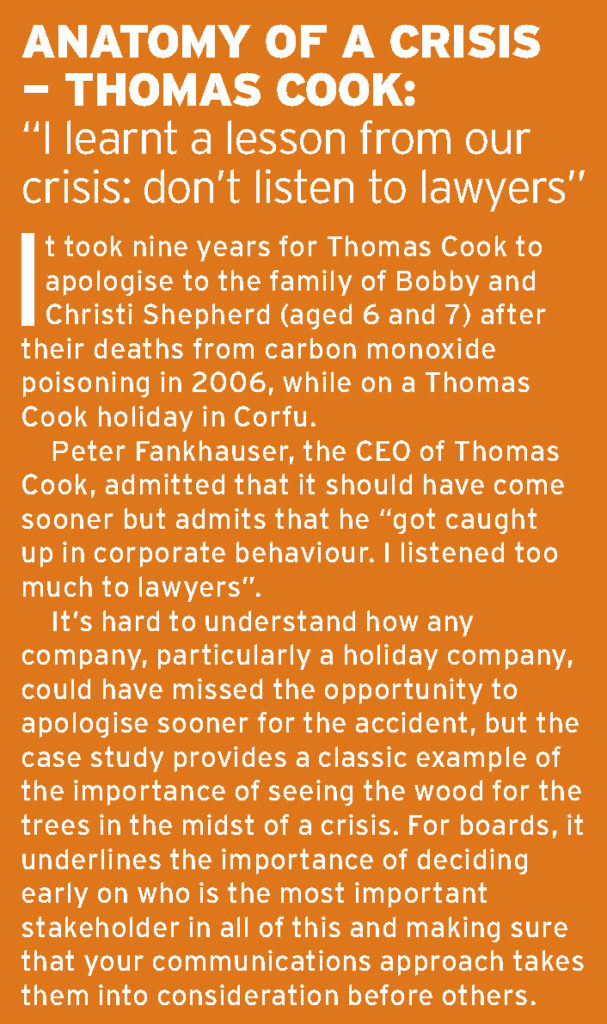 James Melville-Ross is a Senior Managing Director in the Strategic Communications segment of FTI Consulting and is based in London. He has extensive strategic communications experience, gained throughout a 20 year career that has included work in Europe and the Far East. 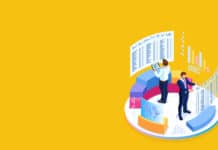 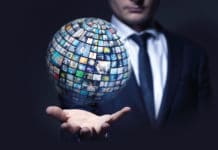 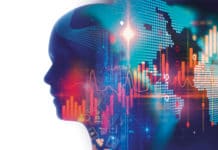 Drug Use: Managing the risks