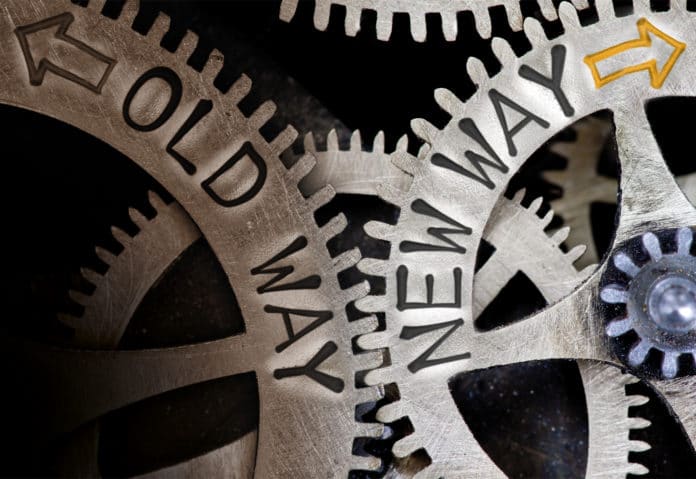 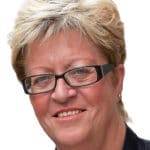 To quote Bob Dylan: “the times they are a-changin”. As we enter a new year there is a significant shift in the corporate governance landscape ahead of us. The proposed new UK governance code is published for consultation with a target of the finalised version being available in summer 2018, for implementation in January 2019.

“Corporate governance is concerned with holding the balance between economic and social goals and between individual and communal goals. The governance framework is there to encourage the efficient use of resources and equally to require accountability for the stewardship of those resources. The aim is to align as nearly as possible the interests of individuals, corporations and society,” wrote Sir Adrian Cadbury in the 1992 UK Commission Report: Corporate Governance.

Twenty-five years ago, the Cadbury Report laid down the challenge to companies and boards to reach into the future. There are some great boards who responded to this call and saw an effective governance process as the hallmark of a world-class company with innovative thinking and the board holding the culture and reputation of the company as a tangible asset.

As we enter a new era for UK Plc we are greeted by a major revision of the Combined Governance Code which seeks to take that best practice developed in our leading companies and evolve it more assertively across the corporate landscape. The Code, while still maintaining the flexible advantages of ‘comply and explain’, is becoming more assertive and, in particular, the proposed revision of the guidance on board effectiveness which accompanies the Code, while still not mandatory, provides a much more strident and clear view of what makes an effective board based on best practice and experience. This in turn will be the driving framework for external, independent board evaluators in undertaking their reviews of the board.

The guidance also extends board effectiveness to include a much more prominent role for the board and nominations committee, the ‘Cinderella’ of the board committees, in achieving sustainable outcomes.

For example, the nominations committee ‘brief’ is being ramped up in the Code’s guidance on board effectiveness to specifically include;

All this extends the board’s active oversight and engagement into widening the board’s stakeholder oversight, with a major focus on employees – “The Code requires boards to establish a method for gathering the views of the workforce and suggests three ways this might be achieved”.

There is a clear determination by the Financial Reporting Council (FRC), heavily encouraged by cross-party parliamentary support (Green Paper Consultation on Corporate Governance Reform August 2017), to take a more active and proactive focus on boards. Many discussions having taken place about the FRC having binding powers and regulation of boards, similar to its role with auditors, accountants and actuaries. The FRC published its annual report on corporate culture against what it called a ‘backdrop of falling public trust in business’. The watchdog is looking to expand its oversight powers – particularly around requirements for directors of public and private companies to ‘focus on generating and preserving value for shareholders for the long-term, taking account of the interests of the company’s workforce and the impact on other stakeholders such as customers, suppliers, the community and the environment’.

This will have a significant impact on the shape of the non-executive director (NED) of the future, with clear and accountable pro-active responsibilities for ensuring the sustainability of the company, outside the interests of short-term shareholder considerations. It will require an artful board that is able to engage beyond the CEO and CFO and occasional presentations from the leadership executives. It brings some reality and accountability to the omnipresent statements from boards of ‘people being our business’. as the board will be required to both articulate and report on what this means and how they are achieving the same.

Will this ‘new’ enhanced approach have any impact, or does it only affect the landscape of the FTSE 100 ‘super stars’? There is an interesting perspective to consider when looking at the board effectiveness guidance, where many of the core new interventions have been placed, in order to keep the main Code simple. This has the impact of ‘beefing up’ the guidance in line with other Code guidance, such as the guidance on audit committees et al. The guidance on board effectiveness comes with a series of ‘ready-made’ checklist/suggestions for governance of an effective board, which will undoubtable be picked up by the rating agencies to update their current corporate governance effectiveness indexes. This will in turn inform the investor community and fuel the obsession of companies to get ‘good’ governance rating, especially where they are looking for inward investment.

An additional influence is the cadre of new, ambitious and increasingly professionalised NEDs, who are seeing the NED role as part of their ‘corporate career cycle’ and engaging with their new, expanding responsibilities and accountabilities zealously, keen to use the ‘career ladder’ of the FTSE 250 as a positive and reputation-enhancing experience. This in turn ups the pressure on these FTSE 250 chairmen and women to respond to their desire for an appropriate corporate governance framework, as these talented and aspiring new NEDs perform their due diligence. If your corporate governance is not ‘up to scratch’, these talented NEDs will be told from various network sources to avoid you.

“We have been building towards these shifts as an evolving process over 25 years, spurred over the last 10 years by the decaying trust in the corporate leadership environment, which called in to question the motivations of our companies and vicariously their leaders”

This changing landscape is well illustrated by the multi-faceted pressure on gender diversity on boards. In addition to the new code being very specific about the board’s responsibility for action on diversity, the government-backed Hampton-Alexander Report provides a specific of 33 per cent female board membership target for chairmen and boards to achieve by 2020. The Report also targets the FTSE 250 executive committees and their director reports, to achieve a similar 33 per cent female participation. This is rigorously supported by diversity lobbying groups, the increasing number of new female NEDs on boards and the annual diversity progress report from Cranfield University. This creates a corresponding annual media frenzy on the ‘worst performers’, with a reinforcing maelstrom of the new gender pay gap reporting. You feel almost sorry for the poor chairman who achieves the accolade of the least diverse, highest paid male executives with widest gender pay gap!

This expanding landscape for boards will require a new profile for NEDs, who will need to be increasingly diverse themselves, not just around gender, but also in their thinking and strategic horizons. There is little point in replacing a bunch of pale, male and stale accountants with pale, female and stale accountants. The INSEAD Governance Institute talks of the increasing speed and complexity of business and the need for NEDs who bring a multiple ‘triple’ range of capabilities to the board, from expertise and experience across at least two core functional areas of expertise, with a third contribution from an alternative sector, culture or nationality perspective, in order to achieve a truly diverse international NED.

We have been building towards these shifts as an evolving process over 25 years, spurred over the last 10 years by the decaying trust in the corporate leadership environment, which called in to question the motivations of our companies and vicariously their leaders. We have also seen over that 25 years a dramatic reduction in the tenure of CEOs, with UK CEOs averaging 4.8 years in the top job (with a five-year global average), reducing from 8.3 years in 2010. This has handed the baton of corporate continuity and sustainability firmly into the hands of the board and NEDs. This requires a definition and strengthening of the boardroom culture and accountability, with a clear set of sustainable ‘values’ and ‘principles’ that can be carried across corporate generations.

There is also a continuing pressure on boards to increase the coherence, integration and alignment of the board’s strategy, policies and initiatives with CEO and executive reward in a more meaningful way. The board discussion and consultation forums are increasingly strident on the simple process of targeting CEO remuneration to include the delivery of the company’s behavioural and stakeholder objectives. As the CEOs become targeted to ‘move the dial’ on the diversity and gender balance of the executive pipeline, it will increasingly motivate their attention.

If we are to remain the global leaders and the standard bearer in effective corporate governance, with the assurance this brings to investors and stakeholder communities, we should seek to get this transition right and demonstrate that an evolutionary self-reflecting process can work and is not hijacked by vested interests.

While this has not been an exhaustive review of all the Code changes, which are many and various, we should finish as we started with the words of Bob Dylan, “You better start swimmin’ or you’ll sink like a stone, For the times they are a-changing”.

Helen is an experienced Board member, Chairman, Board facilitator and Coach. She works across the range of Professional Service firms, FTSE 100, Private Equity and Family firms. She has led some of the biggest Board Evaluations conducted in the last few years – many of which are listed on the Advanced Boardroom Excellence website. Helen is also coach to many leading CEOs, Chairman and NED’s across a range of sectors. She was awarded an OBE for services to business in 2015. Her Board roles are; Chairman of Advanced Boardroom Excellence, Senior Independent Director of pladis (United Biscuits, Godiva, Ülker Bisküvi), Board member CIPD, and Chairman of a number of Committees across these Boards (Audit, Remuneration, Nominations). Chairman of KidsOut a National Children’s Charity and on the Advisory Board for Leeds University Law Faculty and INSEAD IDP-N.

Helen is the most recent former Chairman of the Queens Counsel Selection Panel after having served an unparalleled 8 years. Helen holds an MA, LLB (Law), IDP-C (INSEAD International Director’s Programme – Corporate Governance Certificate). She is the only Consultant in the UK Board Effectiveness arena to hold this INSEAD qualification. She is also an alumnus of the ground-breaking INSEAD Challenge of Leadership Programme. She features on the INSEAD Leading from the Chair programme. Helen is an APECS accredited coach, a Fellow of the IoD, CIPD, CIM, RSA and a Member of the European Corporate Governance Institute.

UK Governance Code – the next 25 years