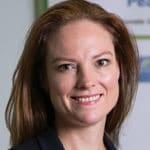 Throughout my career as a legal counsel and now as head of a Gulf-led, non-profit organisation that promotes transparency and accountability as a measure of business competitiveness, I have often seen the word integrity make its way in to conversations.

More often, integrity appears to be unequivocally a fundamental measure of the way people do business, both in this region and across the world. That said, if you scratch the surface, most corporate leaders would agree that while integrity means good business, it can often be considered a nice-to-have rather than a sustainable long-term business requisite.

It helps to have perspective in this instance. There is a lot of money to be lost with the deterioration of integrity and growth of corruption. The World Economic Forum estimates that corruption increases the cost of doing business by up to 10 per cent on average. At a more human level, the value of integrity rises as we see a millennial and Gen Z influx in to the workforce. As the 2017 Deloitte Millennial Survey confirms, today’s growing young workforce is most motivated to work with companies that put a culture of trust and integrity at the core of their operations.

Across the Gulf region, efforts to improve and formalise processes around corporate integrity, corporate social responsibility and corporate governance have been ongoing for more than a decade. However, they have gained further urgency in the current low oil price environment where companies are increasingly looking for foreign capital opportunities. Yet, foreign investors are often held back by the lack of transparency or access to sufficient information and knowledge about the Gulf corporate sector as a potential partner, client or supplier. The story is not very different internally. Domestic investors frequently face obstacles obtaining key information regarding the ownership, performance and the business integrity of their partners, suppliers and customers.

From a policy standpoint, the decade-long deliberations on the need for integrity have culminated in serious action in the Gulf, especially now as governments in the region are seeking to transition from the public-sector led development model towards private sector-led development.

While most Gulf countries have general anti-corruption provisions in their penal codes or other criminal legislation, some countries in the region have passed additional specific legislation criminalising bribery. These laws have been crucial in expanding the scope and definition of transactions considered as bribery with criminal implications, as well as in setting out more significant sanctions for the breach of these laws. For instance, in the UAE, the revision of the Federal Penal Code in 2005 resulted in the criminalisation of bribery in the private sector, impressing a greater ethical drive in the market.

Nevertheless, the position of the Gulf countries on international business integrity and anti-corruption rankings highlights the need for greater action to implement effective integrity measures. This view was mirrored at the Pearl Initiative and United Nations Global Compact annual forum, ‘Sustainability in Action: Business and the UN Global Goals’, held in October 2016, which saw more than 700 public and private sector representatives examine the role of the Gulf private sector in advancing the Sustainable Development Goals. Notably, 78 per cent of the participants at the forum’s session on the role of integrity in fostering secure and peaceful communities felt that right business conduct was integral to ensuring peace and stability in the region. A majority of respondents also agreed that Gulf businesses understand, in varying degrees, the business case for integrity and anti-corruption practices.

However, compared to this, close to 55 per cent of those surveyed agreed that regional businesses did not have adequate measures in place to manage risks associated with regional instability, pointing to a clear gap in building integrity in to the corporate fundamentals.

The business case for integrity

Besides the inherent benefits of clean business practices, integrity levels are clearly correlated with better economic performance. Understandably, the UAE, which ranks the highest in the region in the World Bank’s ‘Doing Business’ index, has improved its economic landscape through better checks and balances in the business sector. Emphasising this point, a 2016 IMF report clearly shows that investment in corrupt countries is almost five per cent less than in their peers which are relatively not corrupt.

Responding to this reality, the region is seeing a greater thrust towards integrity, moving from mere lip service to time and fund investments to root out corruption. In recent times, for example, corporate spending on integrity practices has seen an increase, with an OECD survey indicating that 80 per cent of respondents confirmed that their company’s board was strongly involved in the design and implementation of their company’s integrity policy. Close to 20 per cent of respondents estimated integrity budgets to have increased by 25 per cent to 50 per cent over the last five years.

With the growing body of knowledge on the advantages of integrity within business, it becomes more and more apparent that real change can only be possible if the corporate sector takes a more introspective role in effecting clean business. While strict legal measures can complement such actions, fundamental breakdown of corporate governance can be extensively damaging, combining wealth and resource depletion with a more catastrophic destruction of trust.

In this respect, the Pearl Initiative has partnered with Siemens to create the first-ever Integrity Indicator for the private sector in the Gulf region. Designed as a voluntary framework for private firms in the Gulf to measure their performance in relation to international benchmarks in integrity and regional best practices, the initiative also seeks to trigger a conversation on practical measures to improve integrity levels in regional firms.

“With the growing body of knowledge on the advantages of integrity within business, it becomes more and more apparent that real change can only be possible if the corporate sector takes a more introspective role in effecting clean business”

Currently in its pilot stage, the Integrity Indicator will be formally rolled out this September. It will focus on six pillars of integrity best practices, namely: the company’s integrity framework; its integrity risk assessment; the implementation of integrity policies; the management of integrity incidents; the role of the board and executives, and business integrity reporting.

While the Indicator follows a rigorous methodology, combining qualitative and quantitative factors, what we also expect is that it will provide a strong starting point for corporate leaders to reassess and strengthen their anti-corruption and transparency measures. To accommodate the diverse business sector in the Gulf, the indicator is applicable irrespective of a company’s sector, size and nature of interactions with public stakeholders as well as foreign partners. 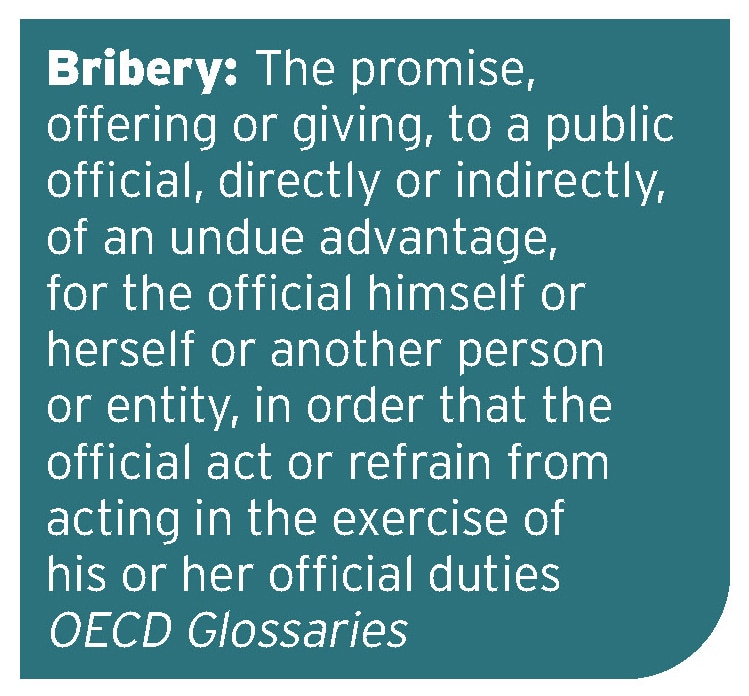 By developing this as a voluntary initiative, we also look forward to inviting the participation of companies that are leading the way in adopting strong integrity practices, and can set a benchmark for the rest of the region. These ‘integrity champions’ could go a long way in potentially influencing positive change within the business community, and suitably complement the efforts of regulators and governments to implement enabling legislative reform. Ultimately, what we hope to achieve with this project is an action-oriented dialogue within the private sector, enabling a collaborative approach to improving integrity in the region.

Carla Koffel is Executive Director of Pearl Initiative. In this role, she leads Pearl Initiative’s operations in the Gulf Region. She is responsible for progressing the organisation’s aim of maximizing the potential of Gulf businesses through the championing of good governance.

Carla’s role is to drive the competitive advantage of effective corporate stewardship for business in the Gulf, including transparency, diversity, anti-corruption and ethical practices as well as to develop the region’s future leaders.

Carla Koffel brings to her role more than 18 years of experience in the corporate and non-profit sectors. Starting her career as a lawyer in Australia, she has since spanned the UK, Asia and Middle East with a number of senior posts, including the role of Assistant General Counsel and Executive Board Member of a multinational corporation in London. Prior to joining the Pearl Initiative, Carla has worked in the Gulf Region leading diverse institutional reform programmes in the legal system.

Carla Koffel completed an Advanced Management Executive Education Programme at Columbia Business School, NYC. She holds a Master’s degree in International and Community Development from Deakin University, Australia and a Bachelor of Laws (Honours) from University of Technology, Sydney. 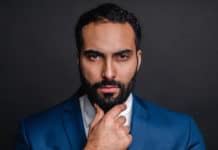 Women on boards: Driving the change