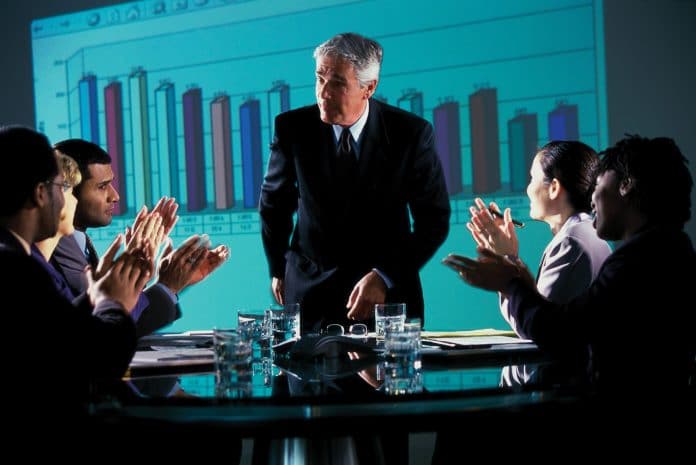 Credit rating agencies, such as Moody’s, and shareholder advisory groups, such as Institutional Shareholder Services, now assess the effectiveness of boards’ risk oversight practices when rating firms and issuing voting recommendations. At the same time, board members are facing greater legal liability when risks are not adequately managed. For example, shareholders sued the board of Citigroup for failing to monitor the bank’s risk profile[1] and the board of Goldman Sachs for approving compensation policies that rewarded employees for taking risks but failed to penalise them for losing money.[2]

Following the unravelling of the General Motors ignition switch debacle in 2014, several lawsuits were filed by GM shareholders in an attempt to hold current and former board members accountable for failing to exercise their fiduciary duty to oversee management.[3]

The increased shareholder and regulatory pressure has spurred efforts in many boardrooms to improve risk oversight and risk management. One of the first challenges is deciding how to allocate risk oversight responsibilities within the board itself.

While failure to explicitly assign any board risk oversight responsibilities is universally regarded as poor governance because it prevents establishing accountability for risk-related monitoring, different risk oversight locations come with varying advantages and disadvantages. Holding the entire board accountable facilitates an integrated approach to risk oversight but can lead to free-rider problems. Defining oversight responsibility in individual committee charters, typically the audit committee, may entrust risk oversight in the hands of directors who are skilled in overseeing reporting and financial risks, but are potentially less able to monitor operational risks. Having standalone risk committees, often in conjunction with mandatory audit and compensation committees, can provide a central, designated avenue for risk communication and monitoring, but can also lead to certain risks, such as reporting risk and compensation risk, being discussed independently in multiple committees.

Hybrid structures can help exploit specific expertise of committees while holding the entire board accountable for risk oversight. For example, Microsoft charges the audit committee with oversight over reporting, investment and tax risks. The compensation committee monitors the effect of compensation policies on risk-taking by management. The regulatory and public policy committee oversees risks such as cybersecurity, public policy and competition law. Finally, the entire board of Microsoft exercises oversight of strategic risks and other risk areas not delegated to committees.[4]

“Only 26 per cent of boards receive risk reports at least quarterly; 23 per cent receive them on an ad hoc basis”

Given these advantages and disadvantages we examined survey data from Aon’s Risk Maturity Index (RMI) to shed light on how organisations actually allocate risk oversight responsibilities. The RMI survey was developed by Aon in collaboration with the University of Pennsylvania’s Wharton School as a tool for organisations to assess their enterprise risk management practices.[5] Our analyses focus on responses from 686 publicly-traded (46 per cent), privately-held (36 per cent) and non-profit (18 per cent) organisations headquartered in 35 different countries received between 2011 and 2013.

A number of different organisations have issued governance codes and best-practice guidelines suggesting activities that boards should carry out for risk oversight to be effective. For example, the Committee of Sponsoring Organisations of the Treadway Commission (COSO) urges boards to (a) understand the entity’s risk philosophy and concur with the entity’s risk appetite, (b) know the extent to which management has established effective enterprise risk management of the organisation, (c) review the entity’s portfolio of risk and consider it against the entity’s risk appetite (i.e. the amount and types of risks the organisation is willing to bear) and tolerance (i.e. the amount of acceptable variation in outcomes) and (d) be apprised of the most significant risks and whether management is responding appropriately.[6] Similar guidelines have been published by the National Association of Corporate Directors (NACD)[7] and the Financial Reporting Council (FRC).[8]

Notwithstanding the governance codes and guidelines, we find only mixed evidence that boards have embraced these recommended risk oversight duties. Nearly all of the respondents (95 per cent) state that the key risks facing the organisation are discussed during board meetings and three out of four say that board members’ views of the key risks are consistent. However, although the notion of risk appetite is front and centre in most discussions on risk oversight, the board’s understanding of the organisation’s risk appetite is consistent in only 46 per cent of the respondents and is not even discussed in 23 per cent.

Since the board cannot engage in day-to-day risk management, governance advocates argue that directors require frequent and in-depth risk-related information to effectively fulfil their risk oversight responsibilities. Yet only 26 per cent of the boards receive risk reports at least quarterly and 23 per cent receive risk reports on an infrequent or ad-hoc basis. Information on an organisation’s key risks is by far the most common element reported to the board (87 per cent), while information on risk metrics (39 per cent) and risk thresholds and limits (38 per cent) is provided least frequently.

Does risk oversight pay off?

Where do we go from here?

The benchmark statistics on board risk oversight activities suggest that a significant number of organisations do not yet follow the recommendations in best-practice guidelines and corporate governance codes. This is reflected in the number of boards that do not discuss risk appetite or align risk management with overall strategy, receive infrequent reports on risk and risk management, do not communicate with risk leaders of the organisation and have not reached consensus with top management on risk management strategy. One explanation is that some organisations simply lag behind current best practices and will catch up over time. Another view is that certain risk oversight practices do not pass the cost-benefit assessment at some companies, despite the documented associations between risk oversight intensity, risk management maturity and firm risk.

Finally, greater interaction between board members and key risk executives is needed, both inside and outside board meetings. Only through enhanced communication and reporting will the extensive dialogue and information exchange needed to effectively integrate risk considerations into the organisation’s strategy and ongoing activities be achieved. 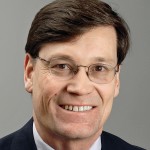 Christopher D Ittner is the EY Professor of Accounting at The Wharton School, University of Pennsylvania. Professor Ittner’s research focuses on the design, implementation, and performance consequences of performance measurement and cost management systems. His articles have been published in the Harvard Business Review and leading academic accounting, marketing, and operations management journals. He is a senior editor at Production and Operations Management and has served as an associate editor for Accounting, Organizations and Society, Management Science, and several other academic journals. His work on the association between customer satisfaction measures and financial performance received the American Accounting Association’s Notable Contribution to Management Accounting Literature Award. 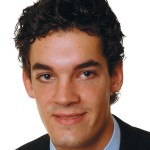 Thomas Keusch is Assistant Professor at Erasmus School of Economics, Rotterdam. His current research interests cover corporate governance, insider trading, and shareholder activism. Thomas Keusch obtained MSc. degrees in Corporate Finance and in Accounting from EDHEC Business School and Maastricht University, respectively, in 2009. His work has been published in the European Accounting Review and presented at the Management Accounting Section meeting in New Orleans, the Allied Social Science Associations meeting in Philadelphia, and the European Accounting Association meeting in Tallinn. Thomas is also a fellow with the Harvard Law School Program on Corporate Governance.

*The authors have received no compensation or funding from Aon. The companies that are used as examples in this text did not necessarily participate in the Aon survey 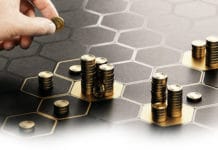 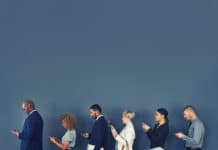 Reading Between The Lines 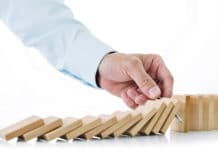 What does board oversight of management’s risk appetite and tolerance really...