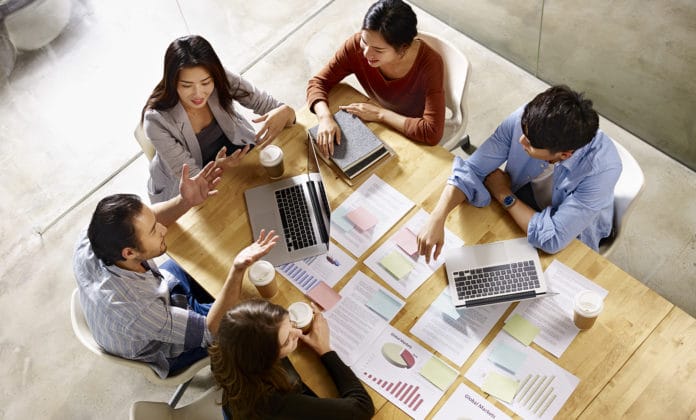 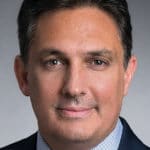 The business case for board diversity is becoming increasingly evident. US Fortune 500 companies with the highest percentages of women board directors reported, on average, 53 per cent higher return on equity than those with the least, according to research firm Catalyst.

Similarly, a 2018 McKinsey study of 1,000 firms in 12 emerging markets found that companies in the top quartile for gender diversity on executive teams were 21 per cent more likely to outperform on profitability and 27 per cent more likely to have superior value creation. A 2017 World Economic Forum report also showed that countries that are able to make even small inroads in closing the global gender gap could increase their gross domestic product by $5.3trillion in the next seven years.

The economic rationale is even more profound for Southeast Asia, home to some of the fastest-growing economies in the world. The region is estimated to grow at 5.3 per cent in the next two years, according to the Organisation for Economic Co-operation and Development. To cope with such rapid economic growth, companies in the Association of Southeast Asian Nations (ASEAN) economies must tap into female talent. A recent International Labour Organisation report has already warned that business growth in Asia could become severely stunted if companies do not recruit and promote more women.

Yet, substantive change inside ASEAN boardrooms can be difficult to achieve, given the male-dominated societal culture in the region. To produce region-specific research to back up the business case for board diversity, the International Finance Corporation (IFC) and the Economist Intelligence Unit (EIU) conducted a new study using 2017 data to examine how female representation impacted the performances of more than 2,300 listed companies across China and six ASEAN countries, namely Indonesia, Malaysia, the Philippines, Singapore, Thailand and Vietnam.

The research is unique not only in its breadth of country coverage but also in its effort to examine whether more women in different roles such as independent directors, audit committee members, and senior management are linked to better company performance. It also disaggregated firms by industry, size, and even shareholding structure to see if other specific correlations emerged. The research, which combined statistical analysis with insights gained from interviews with business leaders, is scheduled to be released later this year. The research is funded by the Umbrella Facility for Gender Equality, a multi-donor trust fund dedicated to investing in priority areas critical to advancing gender equality by equipping policymakers and development experts with data, knowledge, and evidence. The fund, launched in 2012, currently supports more than 150 activities in more than 80 countries.

Such correlations are positive proof for embracing board diversity. Many of the firms participating in the study reported that female board members often enhance a company’s strategy and decision-making by bringing a fresh perspective to complex challenges. They provide unique insights on how a company is perceived and can facilitate more open discussion between board members and improve relations between board members and employees. Other studies point to the duty of care, showing that female directors have better attendance records than male directors (interestingly, male directors’ attendance records improve when the board is more gender-diverse).[1] A Chinese study also found that female board members were not only stricter with corporate governance but were also more risk averse.

These numbers are on par with and, in some cases, a bit higher than global averages of about 15 per cent of women board directors and 25 per cent female senior managers, according to an MSCI study. Yet, it is still a long way from achieving an average of 30 per cent female representation in the boardroom, a goal that leading international investors and advocacy groups have been pushing for as the tipping point for women to optimise their influence and impact on boards and company performance. In fact, MSCI estimates that it will take until 2027 before the 30 per cent target is met.

Moving the needle in the ASEAN region will continue to be a struggle, requiring shifts of entrenched attitudes and mindsets. Respondents to the IFC research said females in Asia were historically perceived as subordinates rather than leaders; this cultural norm is still prevalent in the region today. Part of the challenge is self-inflicted, suggested one respondent, as some women instinctively resign themselves to more supportive roles or drop out of the workforce altogether. Others raised factors such as pay inequality as significant inhibitors.

One important factor in trying to turn the tide in the gender diversity battle is how to capitalise on the predominance of family companies in the ASEAN region (80-90 per cent of large companies in the ASEAN region are family owned, according to McKinsey).[2] Although first-generation family companies are usually founded and run by patriarchs who prefer a centralised decision-making model, they also have the ability to evolve quickly once the second and third generations come into the business. This often opens the doors to more female family members and the possibility of ushering in more modern mindsets and business practices. Our recent research findings back this up, showing that both younger companies and those with family owners tend to have higher diversity ratios than other companies.

Such research and empirical evidence go a long way to help convey the business case, but action on the ground requires a multi-pronged approach, including efforts by regulators and market stakeholders to constantly encourage, if not mandate, change.

“Moving the needle in the ASEAN region will continue to be a struggle, requiring shifts of entrenched attitudes and mindsets. Respondents to the IFC research said females in Asia were historically perceived as subordinates rather than leaders; this cultural norm is still prevalent in the region today”

In the ASEAN region, changes have been happening, albeit slowly, on the regulatory front. Regulators and practitioners are debating if a hard mandate – already adopted by Belgium, France, Germany, India, Italy, and Norway – is the right approach for their given markets. Within ASEAN economies, only Malaysia has imposed a requirement on large listed companies to achieve 30 per cent board diversity by 2020; Securities Commission Malaysia figures showed that the board diversity of the 100 largest Malaysian companies stood at 19.2 per cent as of December 2017, up from 16.6 per cent a year ago. The Malaysian Code on Corporate Governance also requires all companies to disclose their diversity policy, targets and results. Other countries, such as Singapore, have taken a softer legal approach by encouraging companies to consider diversity when appointing board directors and disclosing their relevant policies.

Besides the regulatory push, various institutes, associations and networks have been leading gender diversity activities around the region. For example, Malaysian business leaders have started a 30 per cent club aimed at advancing women in directorships and leadership positions, following the lead of similar chapters in the UK, the US, Hong Kong and elsewhere. The WomenCorporateDirectors (WCD) Foundation has also launched chapters around Asia, including Indonesia, Malaysia, Myanmar, the Philippines, Singapore, and Vietnam.

Over the years, IFC has been spearheading efforts to promote board diversity in selected Asian markets, such as partnering with stock exchanges around the world to host the annual Ring the Bell for Gender Equality events; we are also working with local director institutes, training organisations, as well as other associations and networks, including WCD, to promote opportunities for women. In Myanmar, which currently has only five listed companies and is therefore not included in the IFC study, efforts are underway to promote the benefits of board diversity and build a pipeline of female directors to serve on Myanmar company boards. IFC has partnered with the newly launched Myanmar Institute of Directors to organise a series of seminars and workshops based on IFC’s new Women on Boards and in Business Leadership toolkit. The toolkit, which is being rolled out in other countries, positions gender diversity as a strategic tool to leverage talent, stimulate innovation and spur business growth. It prepares participants in dealing with technical issues while serving as different types of company directors, and also in establishing and implementing strategies to grow the pipeline of female talent in companies. In addition, the toolkit covers the behavioural dynamics participants may encounter inside the boardroom or in senior ranks, such as unconscious bias and stereotypes, as well as ways to leverage effective leadership skills.

Despite these market-level efforts, the ultimate decision-makers are the individual companies. Shareholders can therefore play a catalytic role by encouraging their boards to: commit to voluntary diversity targets for both directors and senior managers over a period of time; create mentorship programmes for younger female executives to connect with more senior leaders, including male managers, within and outside the company; offer targeted training workshops for future female leaders, preparing them to sit on boards and take up senior manager positions; and ask the company to disclose its diversity policies and measures not just for accountability but also for signalling its commitment to this important matter.