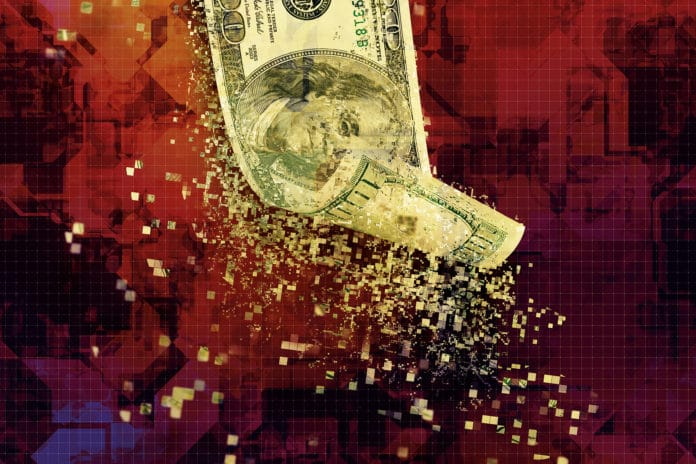 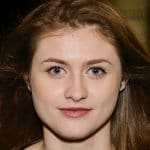 Global corruption costs trillions in bribes. In 2017 alone, there were some significant cases.

Samsung Group’s third-generation leader, Lee Jae-Yong, has been accused of bribing Choi Soon-sil, a friend of former President Park Geun-Hye. Following Lee Kun-hee’s (Lee Jae-Yong’s father) heart attack in 2014, it has been calculated that Lee Jae-Yong would need to pay $6billion in tax bills to be able to inherit his father’s shares and maintain control of Samsung. The company’s leaders have a long-standing history of alleged tax evasion but, up to now, the white-collar crimes have been pardoned by Park Geun-Hye and other South Korean presidents. The easier option was for Lee Jae-yong to pay a bribe to orchestrate the merger of two divisions: Samsung C&T Corp., which is dedicated to construction and trading and Cheil Industries Inc., which owned several entertainment properties. Upon completion, the merger would have given the Lee family more power over the entire Samsung Group.

Now that the plan was looking very promising, Jay Y. Lee used a bribe to execute it. According to Bloomberg in 2017: “The form of the alleged bribe was Vitana V, an $800,000 thoroughbred show horse, plus $17million in donations to foundations affiliated with the friend, whose daughter was hoping to qualify for the 2020 Olympics as an equestrienne.” (Bloomberg, 2017).

Following the investigation, the situation took a significant downturn and Jay Y. Lee was sentenced to five years in prison. Chung Sun-sup, chief executive of research firm Chaebul.com said: “The five-year sentence was low given that he was found guilty of all the charges. I think the court gave him a lighter sentence, taking into account Samsung’s importance to the economy.” It is, however, one of the longest given to South Korean business leaders.

As for stock prices, they fell more than one per cent the day after Jay Y. Lee was arrested and then a similar amount after the verdict. Samsung Group’s profit was not hurt but South Korea’s new liberal president, Moon Jae-in, has pledged to rein in powerful, family-owned firms, like Samsung, which are known as chaebols in South Korea. He has promised to empower minority shareholders and end the practice of pardoning tycoons convicted of a white-collar crime.

Another example of a company where corruption could be said to be part of company culture is (or was – more on that later) Rolls-Royce plc. Between 2000 and 2013, the company conspired to violate the Foreign Corrupt Practices Act (FCPA) by paying more than $35million in bribes through a third party to foreign officials to secure contracts. The US Department of Justice (DOJ) reported that in Thailand, Rolls-Royce admitted to using intermediaries to pay approximately $11million in bribes to officials at Thai state-owned and state-controlled oil and gas companies that awarded seven contracts to Rolls-Royce during the same period. The way business was conducted in Kazakhstan, Azerbaijan, Angola and Iraq did not differ. The corrupt practices were spread globally.

In 2003, before the criminal activities came to light, the company’s chief executive, John Rose, who had been appointed in 1996, was honoured with a knighthood. After the engineering giant admitted in a deal with tUS prosecutor that it had made corrupt payments, the UK’s Labour party called for him to be stripped of his title. Sir John Rose insists that he did not know of the corrupt practices. Let’s say that is the truth, but did he not fail as a leader simply because of that?

As a result of the scandal in 2016, Rolls-Royce has suffered the biggest financial loss in its history. Other factors include Brexit and the drop in the value of the pound, but the £671million charge for the penalties the company paid to settle bribery and corruption charges with Serious Fraud Office (SFO), the DOJ and Brazilian authorities left a hole in the company’s accounts. Since then, the authorities, has appointed a new management and if its praised cooperation with SFO is an indication of the company’s culture shift, Rolls-Royce should no longer be in the news due to corruption scandals.

As illustrated in the standard: “For a compliance management system to be effective, the governing body and top management need to lead by example, by adhering to and actively supporting compliance and the compliance management system.” Management has a number of other responsibilities, which are outlined in the standard. There are responsibilities that are more obvious than others, such as “ensuring that the anti-bribery management system, including policy and objectives, is established, implemented, maintained and reviewed to adequately address the organisation’s bribery risk” (5.1.2. a) and “deploying an accurate and appropriate resources for the effective operation of the anti-bribery management system” (5.1.2. c). There are also requirements that are not so obvious but just as important; “promoting an appropriate anti-bribery culture within the organisation” (5.1.2. h) and “promoting continual improvement” (5.1.2. i). These requirements highlight that obtaining ISO 37001:2016 certification is not just a box-ticking exercise. In order to obtain the certificate, a company needs to illustrate that compliance with anti-bribery legislation is integrated

within its business model and, crucially, its culture. In practical terms, that means that the tone at the top needs to align with the ISO’s anti-bribery management system (ABMS) and the message needs to be understood from the boardroom to the factory floor.

ISO 37001:2016 is a strategic approach to bribery risk identification and subsequent risk mitigation. Risk knowledge is a necessary factor for effective management. The adoption of ISO anti-bribery management system-tested principles and practices allows an organisation to tailor recommendations to its contextual business environment. ISO 37001:2016 has had the impact of making companies adhere to the international anti-bribery management system standard. As an international standard of high repute, ISO 37001 has brought changes to market dealings and firm operations. Organisations have a guideline of rules and code of ethics to follow to mitigate the risk of being involved in corruption charges. The international nature of the ISO 37001 management system allows organisations to align their internal policies with national laws where the organisation is operating. It is important to note that state-nations are increasingly internalising globally recognised legal anti-corruption frameworks and actively prosecuting offenders. 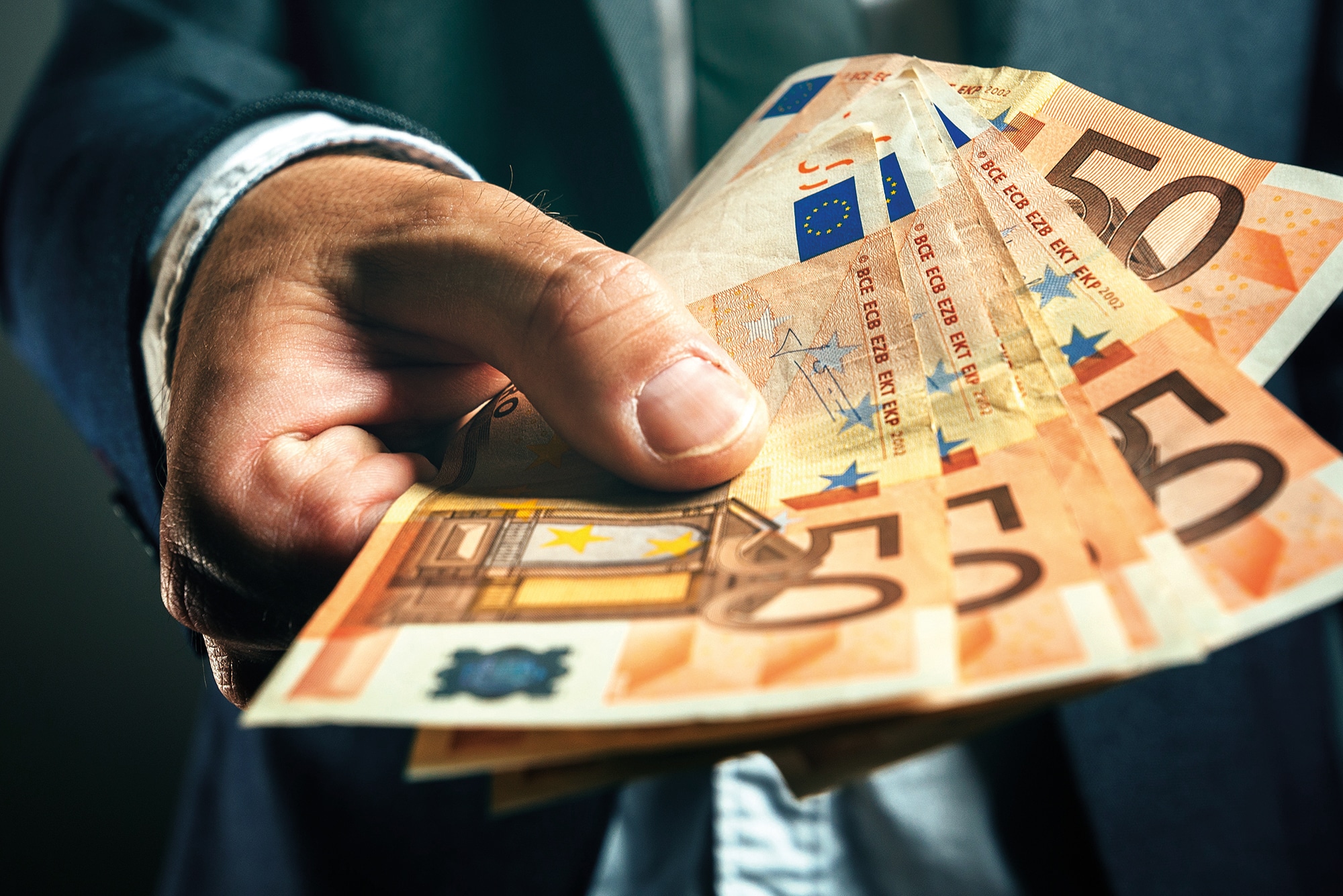 The assurance that an organisation is operating within international standards and processes helps cultivate social legitimacy in the operation of that company which directly serves to boost investor confidence and attract investors. Also, some consumers base their purchasing decisions on the ethical operations of a company. As such, the ISO standard serves as a pull factor for new consumers. Bribery is a very serious issue with adverse macroeconomic and microeconomic effects. In particular, it not only distorts markets and competition but also erodes the profitability of private firms and individual enterprises throughout an economy. The ISO anti-bribery management system provides measures that help organisations to prevent, detect, eradicate and address bribery. This is done by adopting anti-bribery policies, hiring personnel to oversee compliance risk management and due diligence on projects and business associates, implementing commercial and financial controls and also reporting and investigation procedures. ISO 37001:2016 can be used in any organisation regardless its size, type whether public or private or non-profit.

Identification and resolution of bribery risks increase an organisation’s capacity to deliver consistent and improved services to consumers within the law and without engaging in bribery and corruption. In addition, the anti-bribery management system improves the way the organisation protects its people from fraud and ensures that there is a favourable working environment. Therefore, the ISO 37001:2016 anti-bribery management system enhances transparency in organisational culture, thus promoting the optimisation of resources.

Protection of the organisation’s assets, shareholders and management from the adverse effects of bribery and corruption is another benefit associated with an ISO standard anti-bribery management system. Often, the negative effects of corruption are economic in nature. For instance, bribery affects the profit margins of a company to the extent that the management has to divert funds meant for either operating capital or assets capital to facilitating bribes.

Additionally, the public knowledge that an organisation is actively involved in bribery or any other form of peddling influence affects brand identity, which erodes the consumer base, thus reducing the overall profitability of an organisation.

“Bribery in organisations practically affects everyone in the political, commercial or social jurisdiction of such a company. Disgrace can lead to loss of jobs”

This system can operate as a standalone facility or function under another system through integration. One advantage that cuts across all organisations is the amplification of confidence in the eyes of external stakeholders. From another perspective, an organisation using this ISO format is assured of a good reputation as well as an excellent working environment. The risk factors are minimised and a solid credential pathway is realised. Indeed, many for-profit outfits have consistently applied anti-bribery systems as a measure of acquiring extensive market penetration goals. The ISO 37001 typically seeks to create an accountability culture around the globe that allows organisations to conduct activities in a clean and healthy environment.

An organisation with an ISO: 37001 2016 certification is open to public scrutiny since its management operates without fear. Further, such an entity displays fidelity and compliance to bribery legislation, such as acts of parliament or the congress. More importantly, subscribing to the system certification demonstrates a commitment to collaborate and work with like-minded organisations in managing bribery and corruption in the world. The chain of responsibility and accountability, additionally, ensures that the supply chain systems used by the organisations conduct clean and verifiable business. Closely related to that advantage is the growth of moral and legal business transactions between businesses and their contractors. Corruption can permeate to every corner of an organisation and the anti-bribery certification blocks such realities.

The ultimate beneficiary of ISO: 37001 is the shareholder. When an organisation bribes its way into the business and has its licence taken away, the shareholder loses their investment. If credibility is lost and the activity schedule goes down, it is the shareholder who bears the heaviest burden. However, bribery in organisations practically affects everyone in the political, commercial or social jurisdiction of such a company. Disgrace can lead to loss of jobs. And a fined or closed company implies lower tax revenues to the government. Therefore, businesses should integrate ISO: 37001 2016 in their management operations as well as in risk and compliance.

The ISO certification embeds a culture of corporate social responsibility and willingness to collaborate with law enforcement agencies. Cognisant of the backlash and opprobrium associated with corporate obstruction of justice in the investigation of bribery and corruption, the ISO certification allows organisations to document their proactive involvement in reviewing their compliance with global standards of anti-bribery management as well as the concrete measures the management has initiated to show its willingness to prevent and curb bribery risks.

Finally, it is important to note that organisations have a distinct legal personality away from the management and other stakeholders. The separate legal personality of an organisation means that an organisation is liable for bribery activities committed by its employees or its management. Under domestic laws, culpable organisations are subject to legal sanctions, which include hefty pecuniary fines and, in some cases, dissolution of the organisation. Pecuniary fines affect the operations of a company by diverting either operating capital or assets to unintended activities. Overall, diversion of financial resources to foot fines affects the profitability of a company as well. In addition, such diversion of financial resources through fines affects growth strategies, such as expansion into new markets. In this case, provision of documented evidence to the prosecution or the courts demonstrates that an organisation has taken reasonable measures to prevent bribery and corruption, thus helping the organisation to avoid fines and sanctions, such as winding up.