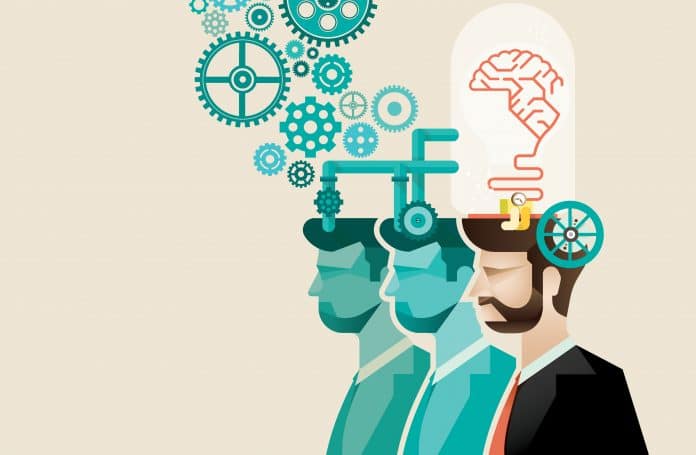 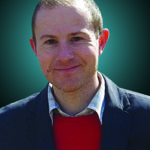 I am a scientist, and entrepreneur, a businessman. I have won multiple awards for my work and have been a company director since my early 20s. I have set up businesses that have gone for IPO and developed technology used around the world by some of the very largest multinationals in my industry. I have many patents. I also have a condition, one shared by some of the most influential figures in human history, including Einstein, Newton, Tesla and Turing.

That condition is autism and this article sets out to characterise the condition and to examine why so few autistic people are represented in the boardroom, why we should care and what can be done to improve it.

Autism is a condition characterised by difficulty with social interaction, social communication and restricted interests and behaviour patterns. There are almost as many forms of autism as there are autistic people and each of us is unique. As a spectrum disorder there are people at either end that are entirely dissimilar.

The public perception of autism often bears little relation to the reality for many autistic people at the ‘higher functioning’ end of the spectrum.

Received opinion tends to filter down from portrayal of fictional characters in popular culture. For many people, the archetype for autism is of the form portrayed in the hit movie Rain Man, which has become an unhelpful stereotype to people with autism at the higher functioning end of the spectrum.

This article will focus on people with Autistic Spectrum Disorder (ASD), sometimes called Asperger Syndrome or high functioning autism. This form of autism is commonly stereotyped as being like the character Sheldon Cooper in the popular US sitcom The Big Bang Theory.

People with ASD see, hear and feel the world differently to other people. It is not an illness, it cannot be ‘cured’ (neither does it need to be); rather, it is a different type of brain function (neurodiversity) and many people on the spectrum see it as an important aspect of their identity and personality. By definition, people with ASD are level or higher in intelligence than the general (neurotypical) population and many people with ASD are highly intelligent. They do however have difficulties understanding social cues, reading body language and facial expression, and in communicating. They are often shy and introverted but do not have learning disabilities and indeed are often highly gifted academically in their field of interest. 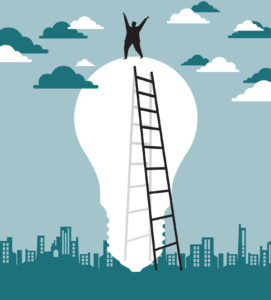 There is a large mismatch between the mainstream idea of autism as an illness and what many people with ASD are like. The reality is that many people that have autism are highly capable individuals that have a lot of positive attributes to bring to the table. Indeed, many of the most innovative people in world history have had autism.

Autism is more common than many people realise. In the UK, it is estimated that around one per cent of the population has autism, or around 700,000 people. Similar statistics are to be found in other nations with the US at two per cent and South Korea at 2.5 per cent with differences likely down to how good the education system is at testing. The estimated global population of people with ASD is 31 million people, approximately the population of Canada.

When you consider that ASD is characterised by academic ability being at or higher than average, it is sobering to look at employment prospects for those on the spectrum. In the UK it is believed that only 15 per cent of people with ASD are in paid employment and this in a group with above average academic ability. It is no surprise then that with so few people with ASD able to function in the workplace at all that we don’t see autistic people in the boardroom.

This article will explore possible reasons why such a talented pool of people are so underrepresented in the workplace and boardroom.

Increasingly, the workplace is an extraverted world and that leaves people with ASD, who are typically introverted and uncomfortable in unfamiliar groups and environments, at a disadvantage. Communal environments are hard places for people with ASD to function as they need a quiet space where they can concentrate without distractions. This goes against the trend for open-plan offices.

They are unlikely to be in the public eye, will be at the back of the queue for any team-building exercise, neither will they be seen much in social media. They may struggle to form friendships with colleagues and be isolated from groups. In a nutshell, they are not visible enough and that can mean that the work they do is overlooked.

People with ASD tend to be very straight-talking, honest and like to be precise. You may think these are admirable qualities, until you are on the receiving end. Someone with ASD will be the person in the room that will tell you they don’t like a new hairstyle (rather than politely lie), or the one that tells their boss (or the boss of the boss) that their plan is flawed, the one that will be honest about their sales forecast, the one that will tell customers about the downsides of a product.

“Autism is more common than many people realise. In the UK, it is estimated that around one per cent of the population has autism, or around 700,000 people”

They will wish to fully understand a situation before making a decision and will insist on having all the detail. They will not drop a point if they feel it important. They find it hard to know when to enter a conversation and can talk over people and enter into monologue, which can be hard for people to deal with.

They can miss social cues and will not notice if they have offended people. It can be very hard for people with ASD to function on a board as their style of communication can disrupt the flow of conversation and come across as dogmatic and hostile. People with ASD are not out to win friends and influence people and that counts against them in the workplace.

People with ASD do not pay much attention to social norms and this is sometimes reflected in their dress sense; they can be slightly eccentric and inflexible. I recently turned up to sign off on a six-figure investment into my company with fluorescent green shoelaces (the others had snapped that morning and I put in a pair I found in a cupboard). It did not occur to me that anyone would even notice, but it raised a few eyebrows. I have dressed pretty much the same way since school and am unlikely to change. Neither do I much care what other people look like.

Our body language is not normal, either; things that are easy for the general population are pretty hard for people with ASD who frequently struggle with eye contact, knowing when to smile, knowing when to shake hands, etc. We have to work hard to appear normal and learn coping mechanisms. To the casual exponent of body language, we can look shifty or unconfident, which is far from the case.

There are probably more people with ASD in your business than you realise. It is an invisible minority as there are no outward physical attributes associated with it and due to fear of discrimination many people with autism conceal it. Because of this many people in the workforce are being held back due to lack of support that would enable them to flourish.

In listed companies in particular there can be a culture of prejudice whereby it is commonly thought that autism may be perceived as a negative by investors. This needs to be addressed in the same way any other prejudice would be.

What makes many people with ASD gifted is extreme focus on their area of interest. This is also the facet of their personality that causes them problems. I have been known to spend days without eating and frequently will still be working at 4am, not having noticed the time passing. For someone with ASD, work can become consuming at times. The downside of that is that we can only really focus on one thing at a time, which leads to missed appointments and deadlines sometimes. I have been known to drive 100 miles past my home on the motorway before noticing I missed the turn off when thinking over a tricky problem. Paperwork gets forgotten or lost as I am easily distracted.

Why should we turn this around?

“Autistic people have a very different thought process and way of looking at problems and will often come up with very different solutions. This can lead to innovation and breakthroughs”

Autistic people have many positive attributes. The same condition that gives them a social impairment, also gives them an extreme ability to focus on their interests. If those interests coincide with their profession, then people with ASD can become very high achievers given the correct environment in which to thrive.

It is no coincidence that people with ASD are more prevalent in industries that are less customer facing, such as the science and technology sectors, where it is all about end product. There are studies showing that the proportion of people diagnosed with ASD is far higher than average in Silicon Valley.

This is a pool of talent and thought that really can contribute to business and should be represented in boardrooms. In the same way that failure to have representation from different genders, social or racial backgrounds leads to a lack of innovation, so too does a lack of representation of autistic people. Neurodiversity leads to diverse problem solving, ideas and outlooks and businesses that tap into this are likely to benefit.

“Autistic people have a very different thought process and way of looking at problems and will often come up with very different solutions. This can lead to innovation and breakthroughs”

So how might we be able to improve the representation of people with autism in business?

Of course, autistic people also have a role to play in improving their lot. It is an invisible condition, but maintaining an appearance of normality is hard, stressful and leads to burnout. Autistic people that have done well need to step up to the plate and become advocates for others that share the condition.

I made a conscious decision after many years of not disclosing my ASD, to inform the people I work with and employ as well as my clients and customers that I have ASD. I have been surprised and pleased with the response I have had.

I have found that some of the other business people I deal with have confided in me that they also have ASD. This is one of the reasons I am writing this article. I wish to encourage those of us in the business world with ASD to ‘come out’.

We owe it to the 85 per cent of the ASD community that cannot get employment to help break down negative stereotypes. We need to show how much ASD employees, entrepreneurs and innovators can contribute. This more than anything else will give the business community the stimulus to be more inclusive.

About the Author:
David has founded several biotech companies, and is currently MD of Levity Crop Science, a company he formed in 2011 to develop and commercialise sustainable agricultural products. Davids main research interests are in the fields of: Nutrient use efficiency, bio-pesticides, and abiotic stress tolerance chemistry. David has autism and is a proud advocate for those with ASD, a condition shared with many of the most influential figures in human history.