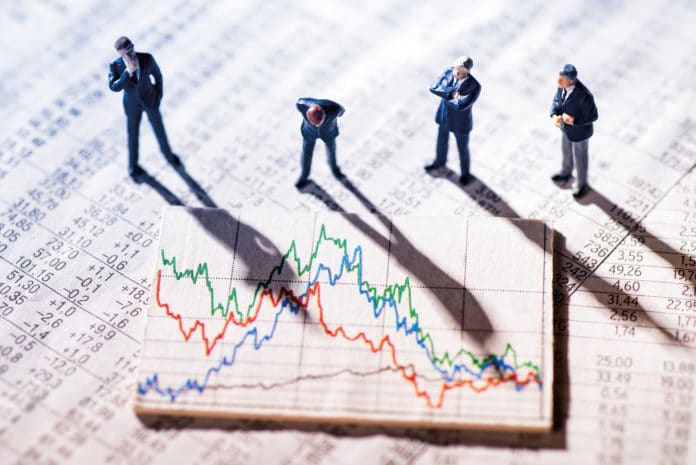 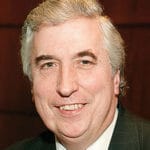 By Professor John Coffee – Adolf A. Berle Professor of Law at Columbia University Law School and Director of its Center on Corporate Governance

2018 saw a cascade of auditing failures – in the UK, the US and across Europe. These episodes – Carillion, BHC, Patisserie Valerie in the UK and, in Europe, the still mushrooming Danske Bank money laundering scandal (in which more than $200billion was funneled through a tiny branch in Estonia) – all raise the same question: where were the auditors?

Although some of these failures may have been merely the product of gross negligence, others show the auditor behaving in a supine and willfully blind fashion.

So what should be done? Answers vary. In the UK, the Labour Party wants to ‘break up the Big Four’ (which audits 97 per cent of the FTSE 350 and thus amounts to an obvious oligopoly). The current UK government commissioned a review by Sir John Kingman, who has now reported and recommended the creation of a stronger audit regulator with statutory authority and financial independence. Simultaneously, the UK’s Competition and Markets Authority (CMA) issued a report calling for (1) an end to audit firms also serving as consultants to their audit clients (because lucrative consulting can seduce the auditor into acquiescence) and (2) the use by public corporations of joint audits under which at least one auditor would not be a member of the Big Four. The CMA also wants the audit regulator to supervise the company’s choice of auditor.

“We must recognise that although auditors serve investors, they are selected by managements (and the interests of shareholders and managers are not well aligned)”

The problem with some of these reforms (such as limits on consulting by auditors) is that they were already imposed years ago (in a more modest form) and we have probably reached the point of diminishing returns in terms of what they can achieve. The false premise here is that auditors are compromised by the hope for consulting income from the client. The darker truth is that auditors are even more compromised by the fact that corporate managements often want a deferential and perfunctory audit. Auditors may be perceived by managements largely as an obstacle, and the lesser obstacle is preferred. This problem has been aggravated over recent years by a major shift in senior executive compensation from primarily cash to primarily incentive equity compensation. A CEO compensated through stock grants and options on an incentive basis has a stronger reason to want to report increased earnings (to spike the stock price) and to resent any interference from auditors.

In such an environment, auditors eventually learn that they are in a ‘commodity business’ and cannot compete based on the quality of their services. Instead, the rational strategy is to cost minimise, not investing in new technology or higher priced personnel. Oligopoly reinforces this problem because a Big Four auditor no longer needs an unblemished reputation, but only one that is roughly comparable to its few rivals. If all the Big Four are similarly involved in scandals, none of them suffers relative reputational loss. In this light, reforms aimed at curbing conflicts of interest or increasing competition will achieve less than reformers hope (indeed, more competition may even exacerbate the auditor’s deference to the client’s preferences because the winner in such a competition is likely to be the most accommodating auditor).

A better policy needs to be grounded on bedrock. As a starting point, we must recognise that although auditors serve investors, they are selected by managements (and the interests of shareholders and managers are not well aligned). This is the key anomaly that must be corrected. The goal of reform should be to make auditors more accountable to investors (and less to managements). Today, shareholders merely ratify management’s choice of the auditor and, typically, this receives only cursory attention. But it is possible for shareholders themselves to select the auditor. The barrier is that today they do not know enough about auditor performance (and the differences between auditors are opaque to investors).

Thus, a better strategy for auditor reform should have two elements: (1) the audit regulator should annually grade the auditor’s performance on a client-by-client basis (in the case of public companies) and publish its grades; and (2) a defined percentage of the shareholders (say 10 per cent) should be entitled to nominate a different auditor and place its nominee before the shareholders for a vote at the annual meeting. Neither step is radical. In fact, grades are today given by the audit regulator in the UK, but the process is far from transparent, while under the UK Companies Act, shareholders are not confined to ratification and can appoint the auditor.

Who would respond to this new opportunity? Although it is often assumed that large, diversified institutional investors prefer to remain passive, this misstates their actual preferences. Because of the large number of companies in their portfolios, these institutions are reluctant to become involved in firm-specific disputes, but they do participate and exercise voice with respect to more ‘generic’ issues of corporate governance that recur across their portfolios. For example, they do support shareholder proposals on board diversity, climate change and basic corporate governance issues, in part because they can follow a common policy. Selecting the auditor represents just such a ‘generic’ issue because, across their portfolios, institutional investors want objective information and could follow a policy of voting against a poorly graded auditor.

Another class of investors could prove to be the catalyst here. Activist investors (such as hedge funds) are today searching for governance issues where they can present themselves as the shareholders’ champion (and then seek board representation). Although they typically focus on underperforming companies, they are more than happy to play the role of instigator and bear costs. Proxy advisors, such as Institutional Shareholder Services, are similarly ready today to advise shareholders to vote against management’s position. Thus, if we arm institutional investors with accurate information from the audit regulator about the auditor’s performance and with recommendations from their proxy advisors, proposals to change the auditor will get a receptive hearing from institutional investors.

In a long paper delivered before the Institute of Chartered Accountants in England and Wales at its 2018 annual meeting, I have fleshed out the details of this proposal, but its greatest attraction is deterrence. Actual challenges to auditor selection will be more the exception than the rule, but auditors will quickly learn to market to investors. In contrast, proposals to have the audit regulator select the auditor do not have this effect and ignore that bureaucracies have short attention spans. Their enthusiasm can wax and wane (or the regulator can be ‘captured’). We do not ask regulators to appoint directors; nor should they be asked to appoint auditors. Institutional shareholders in particular have the correct incentives because they need objective, unbiased information. As a general rule, giving more power to those with the best incentives works better over the long-run than just trusting the regulator.

Sadly, if all that happens from these scandals is that further restrictions are placed on the receipt of consulting income from audit clients, then these reforms will have done little more than re-arrange the deck chairs on the Titanic. Serious scandals deserve more serious reforms.

Professor John C. Coffee, Jr. is the Adolf A. Berle Professor of Law at Columbia University Law School and Director of its Center on Corporate Governance. He is a Fellow at the American Academy of Arts and Sciences and has been repeatedly listed by the National Law Journal as among its “100 Most Influential Lawyers in America.” His book, “GATEKEEPERS: The Profession, and Corporate Governance” was published by Oxford University Press and is now in its second edition.

Collaboration is key to fighting fraud

Ethics: Leading from the top