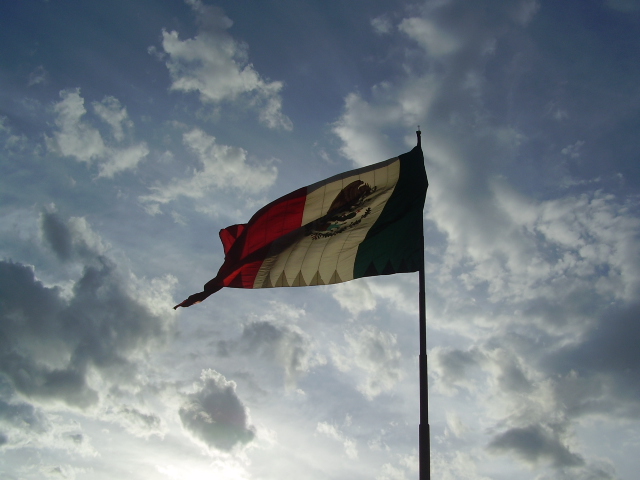 “Where is the main corruption risk when doing business with government agencies in Mexico”?

This is one of the most common questions that international companies will ask when they start doing business here. It is very challenging to give an easy answer, because the exposure to risk will exist throughout the entire government spending process, starting with the preparation and bidding rules, passing through the procurement process, into the execution and supervision of the services, then finally with the delivery and payment method.

Everyday it gets more complicated to identify corrupt payments made to public officials, because bribery in Mexico has passed from the simple act of delivering a suitcase full of cash to more complex scenarios which involve domestic or multinational companies, public officials, businessman, financial institutions and in some extreme cases organised crime. These characteristics can explain why the rank of Mexico in the Corruption Perception Index of Transparency International, has dramatically dropped over the last couple of years (Ranked 106 out of 177).

The risk of corruption in public contracting in Mexico is not only limited to the bidding procedure. In high profile government projects such as the construction of roads, dams or even in the energy industry, the general rule is that the contract has to be allocated to the company presenting the most competitive proposal in an environment which is public, electronic and comply with the open bidding procedure. Even though open bidding procedures will help to provide transparency on public spending, the bidding rules however, consists of files that contain more than a thousand pages, coupled with hundreds of requirements. In these kinds of procedures, it is common to say, “The devil is in the detail”. This expression applies when the government agency requires a really specific or detailed characteristic such as experience/patent/license/software that surprisingly only the “compadre” or company who colluded with the public officials can comply.

“There have been cases of million dollar companies that have the correct corporate documents, but have an address in a vacant lot in a marginalised area, which no one in their sector has ever heard of”

It has been identified that some actions and recommendations are needed if you want to perform successful business ventures with public authorities, this can only be done by acting responsibly and in full compliance with national and international anti-corruption regulations.

The ABC measures that are taken by private companies in Mexico are becoming more and more adept every day. For example, just a couple of years ago this was a topic that only high ranking officials from multinational companies gave consideration to. The employees from the Mexican office saw compliance officials as over-educated obstruction, based in an overseas office that asked for a lot of information and wanted impossible tasks to perform. Today, that idea has changed and the most respectful companies, national and international, are committed to improving their ABC compliance programs and are integrating compliance into every part of the business.

The most important points to focus on in order to have a successful ABC program are the following:

Tone at the top, middle and bottom.

First things first, establish the ABC tone from the top, then it will funnel down to the middle and the bottom of the company. Historically in Mexico, government corruption has been seen as a legitimate and regular way to do business, so it is important to let all of the employees and representatives (direct or indirect) know that those acts will not be tolerated at any level of the corporate structure.

In Mexico, ABC training is still a novel topic among the local employees. “Bribing is the only way”, “that’s the way to do business in Mexico” or “if we don’t arrange some corrupt payments, we are not going to win the bid” are regular expressions that are important to extract from the mentality of employees and representatives.

How is it possible to do that? Three words: Training, training and training.

After a complete training session of ABC measures, which include internal policies, book and record keeping, internal controls and FCPA enforcement procedures, will the employees or representatives realise the full implications that an investigation by foreign authorities can have directly on their lives. The different penalties for bribery range from the immediate loss of their jobs, the closure of the company and in serious cases the imprisonment of the employee. In that moment, they start to figure out how to perform their obligations in compliance with the ABC program.

Filling in questionnaires and conducting some internet research is not adequate due diligence in Mexico. It is important to do so, but do not overlook a visit to the offices of third parties or representatives as well as meeting current and former partners. There have been cases of million dollar companies that have the correct corporate documents, but have an address in a vacant lot in a marginalised area, which no one in their sector has ever heard of.

It is not a secret that the regulation of public contracting in Mexico is complicated, some cases contradictory and with loopholes that corrupt public officials use in their favor. Therefore it is wise that the company’s legal and compliance department fully understand the key issues and pitfalls of local regulations in public procurement.

In July 2012, the Federal Anti-corruption Law in Public Procurement was enacted, this is a good start for Mexico to comply with the recommendations made by the anti-corruption working group of the OECD. In December of 2012, Congress started the discussion to modify all of the anti-corruption legislative landscape in Mexico. Even though those changes by the legislature are still pending, the expectations are to have a much stronger enforcement authority and more clarity on the rules to prevent and sanction corruption acts made by public officials and private parties.

Even in the bleakest of settings depicted in the beginning of this article and with complicated corruption schemes, Mexico remains a great place to invest, with formidable business opportunities in the energy, real estate, telecom and infrastructure sectors. If the investors take the adequate measures needed along with the best local support from solid and reliable local advisors, it is very feasible to enjoy profits in an honest and ethical way. Hopefully in a couple of months’ time, the Congress will enact the new legislative landscape to prevent and abate corruption, that will allow to have better enforcement authorities and stronger sanctions to the public officials and companies that corruptly arrange contracts. 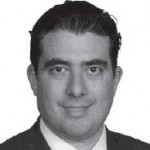 Javier López de Obeso is a lawyer specialised in Energy Law and Compliance.  He is a regular speaker in Oil and Gas and Compliance seminars in Mexico, U.S. and Latin America. Mr. López de Obeso worked as the Energy Law Associate of OCA Law Firm, and as Audit Manager of Pemex Exploration and Production, verifying the legal, administrative and financial compliance of PEMEX’s contracts. Served in different areas of PEMEX for 10 years. He is co-author of the publication “Manual de Programa Ética y Cumplimiento”.  Mr. Lopez de Obeso advises clients on the compliance of energy projects in Mexico, from the planning of the bidding process to the execution and closing of the project. He is recognised by understanding the clients´ needs to follow all the regulation submitted by the SEC and the DOJ to comply with the FCPA and other anti-corruption national and international laws

Javier López de Obeso can be contacted by email:  javier.lopez-deobeso@bakermckenzie.com

Mr. Monsalve joined the firm in 2000. He is National Partner in the Real Estate & Infrastructure group and leads the Tourism and Entertainment sector in Mexico. He has been a professor at the School of Law and at the School of International Business of the Universidad Panamericana Guadalajara since 1995. The areas of law rountinely handled by Mr. Monsalve are Real Estate, Trust, Development, Construction, Foreign Investment, General Corporate Matters, Banking and Finance and Mergers & Adquisitions. The type of clients to which Mr. Monsalve serves are Real Estate developers, single real estate units purchasers, inheritors. The type of industries regularly served are manufacturing, commercial, construction and mining. The jurisdiction of practice is Mexico, however in certain transactions Mr. Monsalve has coordinated with other jurisdictions like the USA, Europe and Asia.

Fabian Monsalve can be contacted by email:  fabian.monsalve@bakermckenzie.com

The power of positive deviance in compliance