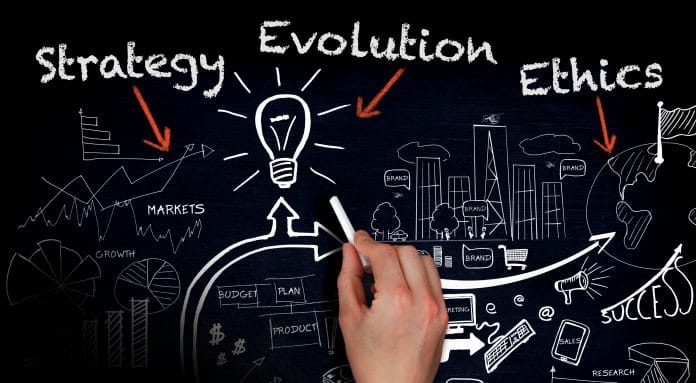 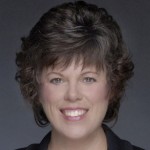 Why do corporate boards exist? That is not intended as a philosophical or rhetorical question but rather one with a concrete and practical response. Corporate boards, when they are properly constituted and enabled to function effectively, elevate the performance of the CEO from a governance perspective. When boards perform at their peak, they are meeting not only their governance objectives but their highest ethical purpose as well.

This position is based on an evolving view of the role of corporate boards that goes well beyond the traditional, circumscribed oversight and stewardship roles. While those may remain the baseline duties, boards that don’t go grow beyond them are squandering their often considerable horsepower and the level at which they can and should be engaged, working as a team with the CEO.

Brief History Of Board Evolution & Engagement

Boards have been dramatically transformed from a generally reactive collection of individuals less than a generation ago – often hand-picked by the CEO with little additional input – to the increasingly active, independent, more cohesive teams of today. A reflection of a continually morphing and increasingly competitive business environment, more demanding shareholders, and overall greater demands on boards, serving as a director has become far more time-consuming and complex with defined responsibilities for which boards are on the hook, both ethically and legally.

The route to executing these responsibilities, at least in the US, is less clearly defined, however, and boards still have a great deal of leeway in determining just how active their role will be. Similarly, what constitutes an ethical board may be open to discussion, but we should state at the outset our firm belief that an ethical board is an engaged board. There is simply no way of exercising proper oversight for the crucial duties with which boards are charged on behalf of shareholders from a distance.

“Amid the unrelenting demands of a global marketplace, CEOs are discovering that their most important competitive weapon resides in their own ‘backyard’: their boardroom”

Of course, boards have not evolved in lockstep with one another; they are at varying points on the road to development and engagement. It has not always been a voluntary, smooth process, but rather a disruptive one that has occurred in fits and starts, catalysed in large measure by successive governance crises, such as Enron, the 2008 financial collapse, and others that have demanded fixes in their wake. How evolved and engaged is your board and why does it make a difference to the entire spectrum of stakeholders, both in terms of board effectiveness and performance as an ethical body, which we believe are inextricably intertwined?

Four Stages Of Board Development & Engagement 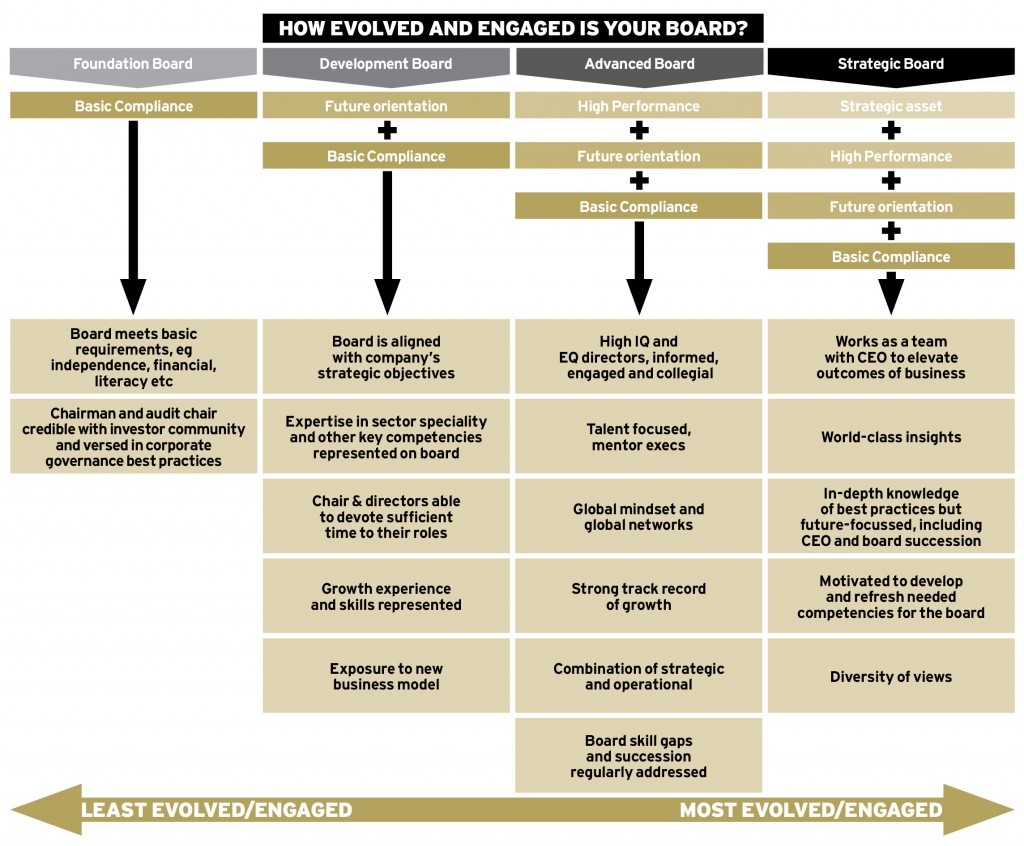 – The Foundation Board is focused on basic compliance with the board providing oversight functions but little additional value. It meets essential requirements, such as independence and financial expertise, but doesn’t go beyond that minimal threshold. Board leadership, including the chairman and audit committee chair, is familiar with governance best practices and credible with the investor community.

– The Development Board builds on the basic compliance function of the Foundation Board, adding a future perspective beyond merely meeting current requirements. That includes board alignment with company strategic objectives and board skills and experience matched to the strategy, as well as a growth and new business model orientation. Board leadership is more professional and time-intensive.

– The Advanced Board adds the building block of high performance to the assets of the Development Board. This board model is characterised by an informed, engaged, and collegial board team that focuses on management leadership development, possesses a global mindset, and regularly assesses and remedies skill gaps on the board.

– The Strategic Board further proactively leverages its members as a high-performing, diverse team capable of providing world-class insights for discussion and forward-looking decision-making. While it is up to speed on current governance best practices, and applies these practices as appropriate, it additionally holds itself accountable to partner with other board members and the CEO in a way that elevates the outcomes of the business.

Boards that represent a real strategic advantage to their companies take time and focussed effort to grow, and not every board is sufficiently developed or prepared to dig in and do the work that is required.  Moreover, it is still possible to ‘get away with’ doing only the minimum that conforms to governance requirements. There are certainly boards which, far from working as a cohesive team, are still run by a few veteran directors, with little opportunity for new directors to even ask questions let alone contribute their perspectives and talents.

Such boards can certainly get a great deal done in short order. We know of boards that tout their ability to complete their work, including committee meetings, in the course of four board meetings a year. But as President Harry S.Truman once said: “Whenever you have an efficient government you have a dictatorship.” It is much the same with boards, where expanding points of view and inclusiveness in critical processes, while far more time-and labour-intensive, is the route to board effectiveness.

Executing perfunctory duties is not the same as providing leadership and elevating value as a strategic partner to the management team. It is merely supervision in its most stripped-down form, leadership – if it can be called that – through the rear-view mirror. It is not forward-looking insightful leadership that views the strategic horizon and then thoughtfully considers how best to reach the destination:  What will be the mode of travel? What supplies will be essential for the journey? What sort of leadership will be needed now and in the future to arrive at the desired end point?

I recently saw someone wearing a T-shirt with a message every harried parent can relate to. It said: “If the kids are alive at the end of the day I’ve done my job.” Certainly, the basic job of a parent is to ensure the survival of offspring, but if we stop there, how effective are we as parents? We’re not really doing our job of providing the needed guidance for children to thrive, help them evaluate potential paths in life, and choose the one that is right for them. Assuming we have instilled in children from an early age important basic values, when they are older they don’t require parents who only function to keep them in line, but also parents who can act as advisors with the wisdom and experience to help steer them to be their best selves.

The parallel in the corporate governance sphere is that, while boards at a most elemental level must ensure that nothing illegal or unethical happens on their watch, they now need to operate as far more than the governance police. Their most valuable contribution is not as punitive watchdogs, but as part of a unified team with the CEO, providing necessary input on crucial responsibilities, including strategy formulation, risk management, and succession planning. Directors certainly fulfil a worthwhile function by occasionally weeding out ineffective CEOs, but they shouldn’t overlook the huge opportunity to elevate the game of an excellent CEO by raising expectations for performance and results and then supporting him or her in reaching that goal. It is not board versus CEO in this newer governance construct but CEO plus board, where that powerful combination comprises considerably more than the sum of its parts, enhancing the effectiveness of each and the value to the company.

There are many contexts in which to view the board’s ethical duties and engagement, but I’ll use the lens of CEO succession planning because it is a key board responsibility and also an area in which I work with boards day-to-day. There are clearly boards at both ends of the evolutionary and ethical spectrum – from least to most engaged – and all points in between. While proxies require boards to have a succession planning process, there is little guidance on precisely what they must do to be effective. Yet ensuring ongoing, capable leadership is arguably the board’s most important responsibility. Boards that do it well establish a proven, ongoing process that goes well below the surface, developing several generations of leaders, rather than focusing merely on the baton pass at the highest, most visible level.

Some boards still choose to do little when it comes to succession planning – partly because they can – and in fact a surprising number do not even fulfill the minimal requirement of  having an emergency successor should the CEO be unable to serve for a variety of reasons. Those that have covered this base but don’t go beyond it are still severely shortchanging their companies, however, because they have the opportunity and the ethical obligation to deliver so much more.

The strategic board is one that is fully engaged on this crucial duty acting as a vehicle for value creation: it is aligned on the strategy; determines key competencies the strategy will require in future leadership; prepares for a range of succession scenarios from short-term to longer-term CEO succession and ensures the building of future generations of leadership by encouraging the creation and nurturing of a development culture. Engaged, ethical boards are comfortable with an accountability beyond merely assigning someone to the CEO slot when a successor is required. They create an environment that provides options of leadership with the critical experiences and competencies required to execute the strategy.

The CEO succession process, when executed properly, is a leading indicator of a healthy and productive board and provides accurate and deep insight into how engaged a particular board is with the strategy, the CEO and the interests of all stakeholders. In short, it represents the essence of the strategic board.

Stepping Up To Leadership

Amid the unrelenting demands of a global marketplace, CEOs are discovering that their most important competitive weapon resides in their own ‘backyard’: their boardroom.

Board effectiveness is no longer measured – if it ever was – by how well a board maintains a list of required board duties, periodically checking them off as completed. It is not even measured by how well the board serves as the conscience of a company, although that can be an important element of the job of a director. Functioning effectively as a board is a tough job that requires deep thinking and input from a diverse team so that the interests of all stakeholders are protected and enhanced. It is not simply not doing something wrong or not being neglectful, but proactively doing what is right, even if that may take a good deal more effort.

The highest-performing boards reach down deep, leveraging the power and value of the team. They help CEOs to perform at their peak by sharing the skills, experience and insights that provide the richness and depth of input required for important discussions and decision-making that no CEO alone could ever possess. More than that, at their best, boards serve as trusted partners, a source of guidance, support and inspiration to CEOs, with whom they share a sense of common purpose.

This is the point at which governance and ethics intersect and, ideally, merge. Functioning at the strategic board level represents a degree of engagement that, while aspirational, can be the achievable, goal of boards everywhere.

Ms. Stevenson leads the firm’s Global CEO Succession Practice and regularly serves Fortune 500 clients and high-growth companies on C-suite succession, top team effectiveness, and innovation leadership issues. She has been acknowledged by BusinessWeek as one of the “100 Most Influential Search Consultants in the World.”

The key factors in selecting and retaining external auditors

Shareholder Activism in Europe in 2015