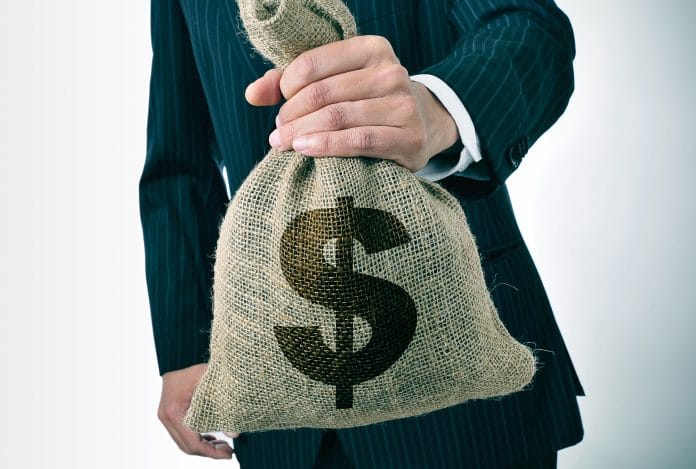 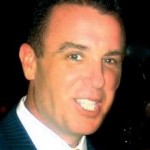 There has been considerable media coverage, as well as corporate concern, arising from increasing levels of costly enforcement of the US Foreign Corrupt Practices Act, anti-bribery and corruption policies and other sovereign anti-corruption statutes. In turn, many international companies have endeavoured to improve their compliance efforts. Achieving truly effective compliance, however, is proving to be illusive.

Also, less than well understood is the even more ruinous reputational damage that arises from a bribery investigation, regardless of its outcome. Too many executives think that such things will never happen to them. In fact, companies that engage in foreign trade need to drill down on the real risks, many of which senior management often do not fully understand, before painstakingly reviewing their offshore operations with the following key question in mind, “Where is operating offshore worth it?”.

It is also essential to remember that it is extremely difficult to operate ethically in an unethical business environment that is often many times zones away from corporate headquarters and its policies. Problematic, senior executives, who should be visiting their overseas operations, seldom do so and thus often fail to understand local cultures and their nuances.

My standard advice is that it is imperative to understand the ‘tone at the bottom’ to be able to effectively communicate a ‘tone from the top’. There are also signs of concern overseas. For example, I was recently approached by the general counsel of a large and well-established India-based corporation. His company recently entered into a joint venture agreement with an American company and was required to implement an FCPA compliance programme.

The Indian company duly retained a well-known US law firm to develop a standard FCPA policy as well as provide training to its senior management. Appropriate steps notwithstanding, after reading between the lines the general counsel knew that effective anti-bribery compliance is all but impossible in the ethically challenging environment of South Asia.

While I have every reason to believe that his firm tries its best to operate as ethically as it can within its home country, the general counsel could readily see that this was far from sufficient to comply with the FCPA.

An armed and ticking time bomb

In high-risk countries, company employees, vendors and joint venture partners encounter bribery daily and most simply accept it as ‘this is how business gets done’. Corporations, however, all too often fail to truly appreciate this verity or look the other way. Additionally, many of these countries’ cultures do not embrace speaking up against corrupt practices, in fact, simply speaking up often results in imprisonment and sometimes even death.

One only has to look at the number of journalists killed in a country to gauge the level of the local transparency – yet no corporate headquarters-developed compliance plan I have ever seen considers this valid, however tragic, metric.

Instead, all too often senior executives setting up new offshore operations or already operating in a high-risk country will say that their company has a very strong and robust anti-bribery compliance programme. In reality, very few have actually conducted any real-time field testing to see if their company’s compliance programme actually works. Many have never even called their own whistleblower lines, much less conducted any in-country compliance testing. Further troubling is the often all but abject lack of the capability and capacity to function effectively in the local language whenever a traditional compliance review is done in-country.

Instead, anti-bribery compliance programmes tend to read strong on paper and are clearly understood at home; however, they are viewed as little more than a paper dragon offshore. All too often, compliance documentation ends up becoming just another office fire hazard at high-risk countries’ offshore operations until such time as something bursts into a costly non-compliance fiasco.

A company may be the most ethical of companies at home; however, a company is only as ethical as its foreign partners, employees and vendors. Unfortunately, more often than not companies fail to conduct proper screening offshore. For example, last year I was working on an offshore fraud investigation for a US corporation where employment pre-screening had not been done. The suspect was my client’s in-country chief financial officer. Amazingly, this subject had a past criminal record for committing the exact same fraud at her previous foreign employer.

A proper background check or perhaps just a phone call to the subject’s previous employer could have prevented an enormous and unrecoverable loss. Now, more than ever, companies must know who they are employing overseas. In high-risk countries, good jobs are often steered to people tied to the local circle of power. In turn, ambitious in-country managers can reap huge benefits by employing princelings.

Benefits include access to key government officials, preferential treatment, red tape cut, government contracts secured, access to sensitive government data and other useful information. All too often, due diligence conducted on third parties in high-risk countries is database-driven. This approach is flawed. Problems can include database information, which is often dated, inaccurate and/or insufficiently comprehensive.

Collecting valid due diligence information in high-risk countries is difficult at best. For example, to conduct a real property or civil filing search in the Philippines, every province must be checked manually as there are no such national data registries.

Most importantly, when relying on available online due diligence, one cannot accurately discern the true business ethics of third parties, much less identify any problematic local connections. At the same time, corruption in high-risk countries is not something that is hidden; one can readily see it at traffic intersections and even in government employee parking lots. All one has to do is look.

Two years ago I went to meeting at a police station in rural Java. At this remote police station, the parking lot was full of high-end luxury vehicles. Inside a police captain’s office, I spotted a large flat screen TV linked up to a Sony PlayStation, a full humidor of cigars and a refrigerated wine vault. This officer officially made approximately US $450 a month.

All too often, high-risk countries create and depend upon red tape to induce bribes. Simply walking into many local government offices or courts, one will be all but be accosted by ‘fixers’, claiming that they can take care of anything you need within the building.

Jumping through all of the local hoops and suffering from loopholes can be very stressful and daunting, costing both considerable time and lost productivity. As such, local employees will advise using fixers. After all, who would want to spend several days in an overcrowded, understaffed, non-air-conditioned immigration, customs or other government office? This is exactly where compliance breakdown often begins, especially with expat employees.

Furthermore, problematic vendors operating in-country rely on their own connections within local government agencies and which all too often entails bribery. This, in turns, makes pay for play all but mandatory for all. With inevitably absent knowledge and proper support, expat employees become numb to the corporate anti-bribery tone from the top because they view the top as not living in their daily reality.

Further overlooked is how sex is often used to effect bribery and extortion. One only has to look at an ongoing US Navy bribery investigation involving a Singapore-based contractor. In this case, the navy investigator in charge of the original investigation was himself compromised with local prostitutes to scuttle the investigation.

A ‘red light’ atmosphere can also prove detrimental to both expat employees as well as visiting home office staff. All too often, after-hours business meetings are conducted in places where prostitution and other vices are readily available. After years of living and working in high-risk countries, I have seen people do things overseas that they would never consider doing at home. In turn, these acts often create opportunities for blackmail, bribery, extortion, theft and/or kidnapping.

Corrupt police in high-risk countries often set up expat businessmen with underage girls who look of age, only to arrest them later to both extort money as well as rob them of their belongings – which often include company cell phones and laptops containing sensitive and all-too- often unprotected company data. Audits, however, very rarely uncover prostitution payments made in high-risk countries because the cost of a prostitute is expat pocket change. Similarly, a so-extorted party can readily claim on his expense account that he was robbed of his company’s electronics.

The same can also be said for many other corrupt practices. For example, bribes tend to start off small, however they inevitably become expected as well as often lead to larger payments to secure greater advantages. In turn, operating in such unethical business environments makes statutory anti-bribery compliance all but impossible.

A related problem is how a company’s good intentions are often overlooked offshore. All too often, those involved endeavour to side step the potential impact of FCPA non-compliance. In 2013, a Fortune 20 company sought assistance with IP enforcement in a problematic Southeast Asian country. Among other efforts, the company required parties working on their behalf to attend a three-day training session on counterfeit product identification.

A full day and a half of the training was devoted to FCPA compliance. Visiting US lawyers did an excellent job of educating all on the FCPA and sound compliance practices. In turn, all attendees were tested and signed off on their FCPA training.

After the training, the company’s regional IP director was insistent on seeing local customs actively assist with policing counterfeit company products. It was quickly determined that it was impossible to work with the local customs agents because they would insist on bribes. The director was further advised that the bribes would never stop and, without any hesitation, he instructed to pay the bribes and bury the payments.

This executive was then in charge of the Fortune 20 company’s anti-counterfeiting programme in scores of countries and the company had already paid many millions in fines for past FCPA violations. In fact, the company was at that time in the news over new FCPA violations. The director clearly understood the FCPA as well as the fact that what he was asking for would violate other laws. Even so, the director wanted to proceed.

All too often, unethical choices lead to other unethical and/or illegal activities. To further compound matters, foreign countries are taking note of the enormous FCPA fines that multinational corporations are paying at home for crimes that they have admitted to committing offshore. As such, some see an opportunity. China recently penalised GlaxoSmithKline with a nearly $500 million fine to settle a domestic bribery investigation. Emerging local anti-bribery laws thus need to be on your radar.

Further problematic is backlash by corrupt foreign officials. After all, bribes are often by far their primary source of personal revenue. A raid by local officials can readily undermine discovery by losing, destroying and/or seizing evidence. Arrests, forced confessions and bogus witnesses are also all too common.

Appropriate responses include not just more and much better in-country efforts, but also far more comprehensive analysis to determine whether – or not – a company should be doing business in a particular country.

Anti-bribery compliance is a game changer. It is complex, fast-changing and potentially ruinous for a violator. Companies, therefore, need to completely rethink their foreign operations holistically instead of just continuing to tinker from afar with typically untested ‘paper dragon’ anti-bribery compliance programmes.

Mike can be contacted via email at mkenealy@insiderscorp.com