Following one of the busiest years in shareholder activism in Canada, Walied Soliman and Orestes Pasparakis expect activist appraches to become more sophisticated in 2015. The Canadian corporate landscape has long been dominated by passive investors. However, recent years have seen a steady growth of shareholder activism in Canada, spurred by a growing reputation as a friendly place for activists. In 2014, 31 proxy fights involving Canadian companies took place. To put this into perspective, the entire Eurozone witnessed only 30 proxy fights combined during the same period.

Such change of face is being driven by one thing – the activist value proposition. Consider, for example, the value created from the high-profile proxy battle between Bill Ackman’s Pershing Square and Canadian Pacific in 2012, which ended with Ackman successfully replacing Canadian Pacific’s CEO with his nominee. Canadian Pacific’s shares have more than quadrupled in value since Ackman stepped into the picture in September 2011.

Canadian corporate law rules continue to make it one of the most activist-friendly jurisdictions in the world. In Canada, for example, shareholders who own five per cent of the voting equity are able to requisition a meeting of shareholders (as opposed to 10 per cent in the United States).

Activist investors can also build up a stake in target companies of up to 10 per cent before any reporting obligations are triggered. In 2013, the Canadian Securities Administrators, the Canadian securities regulator for all Canadian provinces, had proposed amendments to the ‘early warning’ regime by decreasing the reporting threshold to five per cent (which is the reporting threshold in the US); however, such a proposal was abandoned this past year. In addition, most Canadian jurisdictions allow dissidents to solicit proxies from up to 15 shareholders or by way of public broadcast, speech or press release, without first distributing a dissident information circular.

Canadian securities regulators have so far refrained from implementing any broad regulatory reforms in response to activism. Considering the level of activist activity in Canada and the fact that many of these activist campaigns are led by US funds seeking to oust or influence Canadian boards, the reluctance of Canadian regulators to implement a regulatory framework that is more restrictive to activists suggests that they do not consider activism a significant policy concern or a threat to Canadian capital markets. They may agree, as do many activists, that activism addresses market inefficiencies.

However, Canadian regulators have and will likely continue to focus on addressing systemic issues in the proxy voting system. An Ontario Securities Commission (OSC) roundtable discussion in 2014 resulted in feedback that highlighted issues such as over-reporting, over-voting, empty voting and a lack of independent auditing procedures and oversight. The OSC has recently announced that it will prioritise the improvement of the proxy voting infrastructure in the coming year.

In the constantly evolving field of shareholder activism, it is often difficult to tell who is winning the battle – management or the activists? Of the 31 proxy battles that were fought publicly, activists edged out management by a score of 16 to 14. These numbers, however, do not tell the whole story. Many fights never become public – activists pursue their agendas and influence boards behind closed doors. This approach to activism is known as ‘soft activism’ and is becoming increasingly common in Canadian capital markets. Certainly, this approach can be the cheaper option – publicly waged proxy battles can cost millions.

The cost of defeat and its impact on the activist’s ‘brand’ is also something activists must consider, as there have been a number of recent high-profile activist losses in the Canadian markets, including JANA Partners’ loss to Agrium and Meson Capital’s loss to Aberdeen International. Upon JANA’s defeat, the Wall Street Journal ran a story with the following headline: “Canada Inc. sends the big boys from New York packing”. After Aberdeen defeated Meson, the president of Meson Capital issued a public apology, admitting that he believed that “the interests of Aberdeen’s shareholders are best served if Meson Capital … disengage from Aberdeen, and the board is free to execute on its plan”. This apology was picked up by all major Canadian news outlets.

Similarly, boards recognise that proxy fights may involve significant costs, disruption to the business and reputational risk, and thus sometimes give in to activist demands as soon as the activists come knocking. This leads to serious concerns that the short-term, opportunistic objectives of some activists are adopted too readily by companies, thereby compromising value for the shareholders who are invested for the long haul. Boards may find themselves facing shareholder criticism if the advocated changes that they hastily adopted turn out to be unsuccessful.

As a director, refrain from accepting activist demands too quickly without careful thought. The fundamental question to ask should be, “What is in the best interests of the company?”

Consider whether the activist’s demands are compatible with the company’s business model. Often, activists are simply hoping to make a quick spread in the share price (in either direction, depending on the nature of their investment) and will cash out as soon as they make their profit, leaving the board to deal with the consequences of their actions.

If the activist’s mandate is not in the best interests of the company, hold firm to your position even if it means a proxy fight. With effective communication and active engagement campaigns, shareholders will inevitably see the merits in the board’s position. Consider the benefits of engaging the services of a shareholder communication firm.

Activists should keep in mind that no company is too big to be changed. If you have a strong thesis for creating shareholder value, other activist investors may see the potential in your campaign and buy in to the same target company. This ‘wolf pack’ phenomenon, or group activism, can ultimately result in a total activist ownership with significant influence over the board.

Given recent downturns in share prices, especially in the Canadian resources sector, we can expect to see an increase in activism in 2015 as more investors spot inefficiencies – or opportunities – in their portfolios. Soft activism will continue to be a major trend in 2015.

While hostile takeovers are less likely since long-term investors may be reluctant to tender their shares at depressed levels, we may see more mergers and acquisitions (M&A) activity whereby underperforming companies, spurred by event-driven activists, hope to achieve short-term gains and drive up share prices. In this climate, it continues to be critical for boards to engage shareholders and to consider the best interests of the company in both the short and long-term horizon. 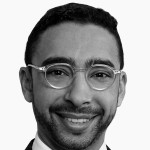 Walied Soliman is co-chair of the Canadian special situations team, which encompasses Canada’s leading shareholder activist and defence mandates and complex reorganization transactions. Over the past several years, Mr. Soliman has been involved in almost every major proxy battle in Canada, acting for both issuers and activists. He is widely regarded as one of the leading special situations practitioners in Canada. In addition, his practice focuses on mergers and acquisitions, restructurings, financings, corporate governance and structured products. Mr. Soliman was named one of the 25 most influential lawyers in Canada by Canadian Lawyer magazine in 2014; ranked by Best Lawyers in Canada since 2013; and was ranked as one of the Top 40 Lawyers under 40 in Canada by Lexpert magazine in 2009. 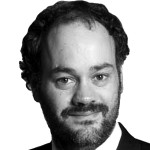